Earthquakes are on the rise and the reason behind too: It’s injection of water into the earth.

The trend is clear. There is a new hazard in Oklahoma: man-made earthquakes.

The Oklahoma Geological Survey attributes the spike in earthquakes to injection of water into the earth.

According to the state’s government, only about five percent of the wastewater being injected into the earth is fracking-flowback water. The rest is naturally occurring water that is removed with oil and gas production. 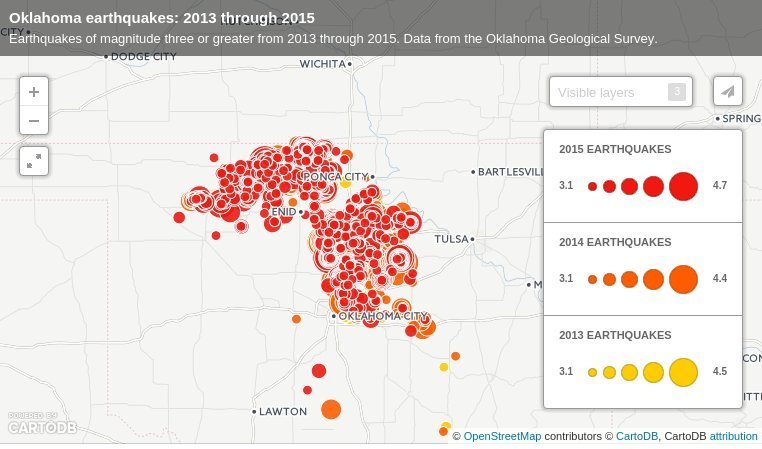 The state is trying to combate induced seismicity by reducing operation depth of certain and/ or the volume of produced water that they’re injecting.

But it seems that positive trends are slow to show up.