A powerful M6.7 earthquake struck northeast India near the city of Imphal.

The strong earthquake – with ground tremors felt as far as 620 miles from the epicenter in neighboring countries like Myanmar – killed at least four people, injured 100 and caused major structural damage to several buildings. 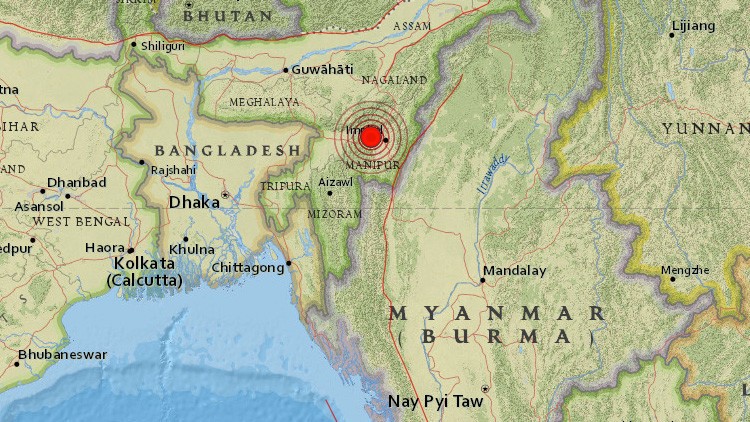 The strong M6.7 earthquake was recorded before dawn Monday near the India-Myanmar border at 4:35 a.m. (6:05 p.m. ET Sunday) 20 miles west-northwest of Imphal, India, the capital of Manipur state.

Moderate to strong ground shaking were also reported in the far eastern part of India as well as parts of neighboring Bangladesh where thousands of people rushed into the streets of Dhaka, which lies about 350 km (220 miles) from the epicenter of the quake.

Lighter ground shaking was reported over a wide region as much as 1,000 km (620 miles) from the epicenter. The shaking affected large parts of Myanmar, Bhutan and Nepal.

The deaths and injuries were all due to falling debris in and around Imphal, the capital of Manipur state, police said.

The powerful tremor left large cracks in walls and a portion of a popular market building collapsed in the state capital.

The shallow-focus quake struck 55 kilometers (34 miles) below the earth’s surface.