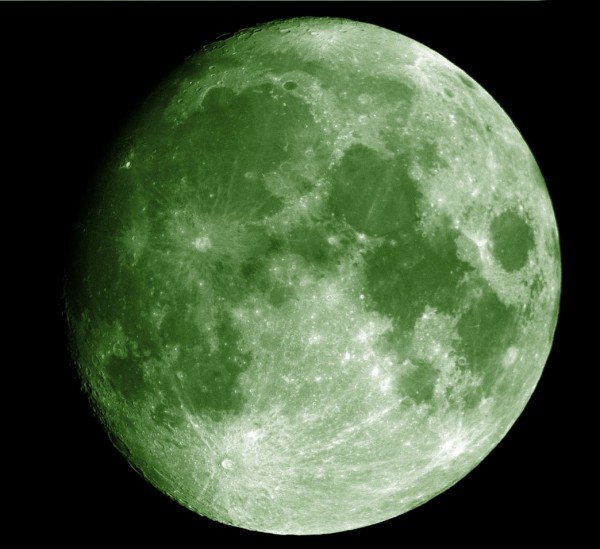 According to some Twitter and Facebook posts, the moon will appear green for the first time in 420 years on April 20, 2016. True? No, entirely humorous in nature.

So let’s go into this new urban legend:

But probably many will still believe the April 20, 2016, green moon story literally.

All began with this Facebook picture claiming that on May 29, 2016, the moon would appear green in the sky:

For those who need information on how this works … All night long on Sunday, May 29th the seventh planet from the sun, Uranus, will park itself near the moon. The green giant is only 4 degrees away from the moon. The cosmic odd-couple will appear about four degrees apart in the sky—equal to 8 full moons side-by-side. This week after darkness falls the near full moon acts as a convenient guidepost for finding Uranus.

But Uranus is nowhere near the moon on this night; in fact, it’s about half a sky away.