With its immense size, dagger-like teeth and sharp claws, Tyrannosaurus rex was a fearsome predator that once terrorised North America. Now researchers studying its fossils have suggested the beast may not have been the only tyrannosaurus species.

Experts studying remains thought to belong to T rex have suggested their variation shows evidence of not one species but three.

The lead author of the research, Gregory Paul, who was a dinosaur specialist on the film Jurassic Park, said the findings had multiple implications, noting that previously experts had studied the growth of the T rex using remains from different rock layers.

“That may not be a good idea to do because you may be [looking at] different species,” he said.

The team say it is to be expected that more than one tyrannosaurus species evolved over their million-or-so years on Earth, as has been found for other dinosaurs who lived at the same time, such as triceratops.

Writing in the journal Evolutionary Biology, Paul and colleagues report how previous work has revealed that fossilised bones designated as being from T rex vary in terms of their stout build or “robustness”, and different specimens had one or two pairs of lower incisor-like teeth.

Paul and colleagues studied a total of 37 specimens attributed to T rex, in particular looking at the length and circumference of the thigh bones, available for about two-thirds of the specimens, to assess their robustness.

The team say their findings suggest differences in the robustness of the thigh bones are unlikely to be down to individual variation.

“We found that the robustness in the sample we have of tyrannosaurus, the variation of the femur is greater than all other tyrannosaurids combined over 10m years of evolution,” said Paul. “You can’t just not pay attention to that.”

The team say the variation does not appear to be linked to the overall size of the specimen or how mature the animal was when it died, while other factors – such as the uneven ratio of more robust bones to those that were more slender, or “gracile” – suggests such variation is unlikely to be linked to the sex of the beasts.

What’s more, fossils with more gracile bones were only found in higher layers of sediment, and these and more robust specimens found alongside them tended to have only one incisor-like tooth in the lower jaw, in contrast to the robust specimens in lower layers.

Prof Steve Brusatte, a palaeontologist at the University of Edinburgh who was not involved in the work, said he was not convinced.

“I understand the temptation to divide T rex into different species, because there is some variation in the fossil bones that we have. But ultimately, to me, this variation is very minor and not indicative of meaningful biological separation of distinct species that can be defined based on clear, explicit, consistent differences,” he said.

Prof Thomas Carr, a T rex expert at Carthage College in the US, also disputed the results, saying the definitions of the different species put forward by the team were vague, and the findings were at odds with his own work in which he analysed variations in 1,850 different features in 31 specimens. “I found no evidence of more than one species. And if that signal was in the data, I would have picked it up,” he said.

Carr said another concern was that the study included specimens from privately owned or commercial outfits, affecting the ability of researchers to reproduce the results.

Nevertheless, Paul said it would be decades before there were enough museum specimens to do a statistical analysis. He said the variations were significant. “Other dinosaurs species have been named on less data,” he said. [Guardian] 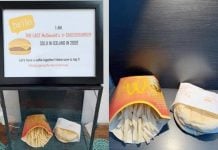 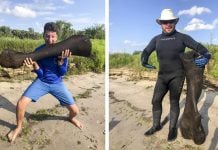 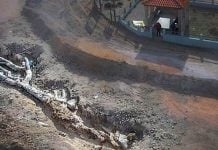 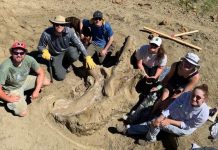 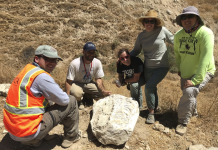 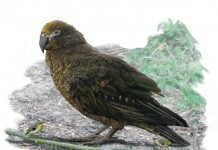 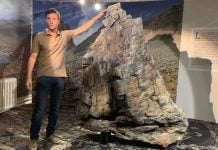