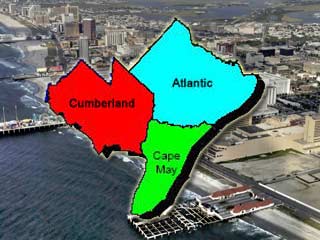 Just after 3 o’clock Tuesday afternoon residents in Atlantic, Cape May, and Cumberland counties say they felt multiple earthquake-like tremors that rattled their homes and offices. Absecon resident, Kay Stadlmeir, said, “I don’t think it would be an earthquake, but what could it be? It’s just really odd.” Somers Point resident, Bob Mower, explained, “There was a rattling of my windows and I felt the house shake just a little bit – it was unusual.” Stadlmeir told NBC40, “It has to be something really big to be witnessed in such a widespread area of South Jersey.” The reports vary from region to region. Atlantic county emergency management officials confirmed with the U.S. Geological Survey that it was not an earthquake. The next thought was that military training or an aircraft flying by might have caused the shakes. Both the 177th Fighter Wing in Egg Harbor Township and Joint Base McGuire-Dix-Lakehurst confirmed none of their aircrafts were in the area at that time.

Joint Base McGuire-Dix-Lakehurst is still working to confirm whether or not any ground training was happening at the time, although it is unlikely that would cause such a widespread shake. Stadlmeir said, “I really don’t think it’s a sonic boom because, you know as I said before, I’ve experienced them before and this is nothing like that.” Mower told NBC40, “That was real unusual. I almost wondered if I was dreaming on that one.” After initial reports of the shakes came in, NBC40 put the word out on Facebook to see who else felt it. Immediately we received hundreds of responses from all over South Jersey. Concerned Egg Harbor Township resident, Oliana Collado, said, “I just think it’s weird because some people didn’t feel it and it’s like in random spots, and it’s very spread out. Yeah it was scary, but I’m just glad it wasn’t worse than what it was.” When we reached out to New Jersey State Police Headquarters, we were told that our call marked the first time they had heard about possible tremors and they were unable to tell us anything further. – NBC 40