Thank you to an active follower who sent me the link. At least three dozen earthquakes were felt in central Arkansas over last week, the strongest of which was 3.5 magnitude. Most quakes hit near Morrilton Arkansas, but tremors were reported in four other areas in the state. 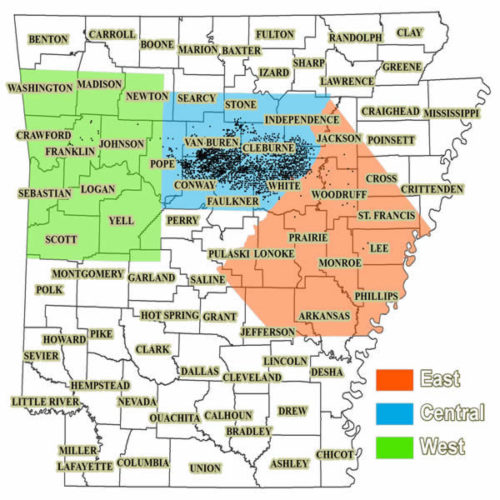 What is the origin of these earthquakes?

The natural gas present in the Fayetteville Shale is mined by ‘fracking’ in the region. Although experts believe these quakes are natural, they cannot exclude a connection with fracking during natural gas exploration, the closest injection wells (a well where the water is deposited once it is used) being only eight miles away from some of the quakes’ epicenters. 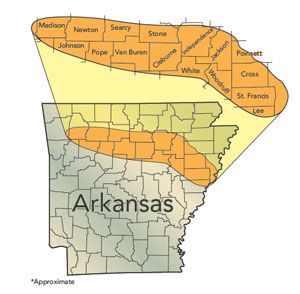 Similar to the present case, a serie of 30 mild quakes (the largest at 3.8 magnitude) was felt by residents around Woolly Hollow State Park in 2011. This swarm ended abruptly after a moratorium on new injection wells was imposed. – Newser