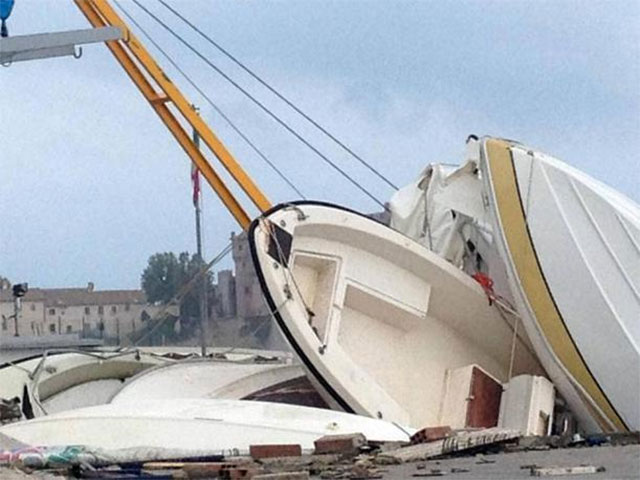 A violent tornado has struck Santa Severa, a small town located about 50 miles from Rome on the Lazio coast at 6.50 A.M. on August 25 2013, dragging boats and canoes in gardens, on the roofs of houses between the Waterfront and Pirgy via Balivi.

No injuries reported. The whirlwind came from the sea and devastated boats, uprooted trees and disrupted light poles, carrying sunbeds and pieces of boats in the surrounding streets.

Because of this thunderstorm, planes were also unabled to land at Rome’s Fiumicino airport and were re-directed to other airports (Pisa, Naples and Pescara). In Rome, underpasses were flooded and a section of one of the two subway lines in the city had to close. (SOURCE)