Look at the incredible sighting people in Mongolia were lucky to see on November 1, 2013! Terrific!

This rare astronomical illusion of “triple suns” was observed in the sky over Chifeng in Mongolia on Friday at around 9 AM. According to witnesses, the unexpected phenomenon suddenly popped up in the sky, and the triple appeared surrounded by an arched rainbow-like halos. It lasted about two hours. Some could even see five suns shining in some area of the city. 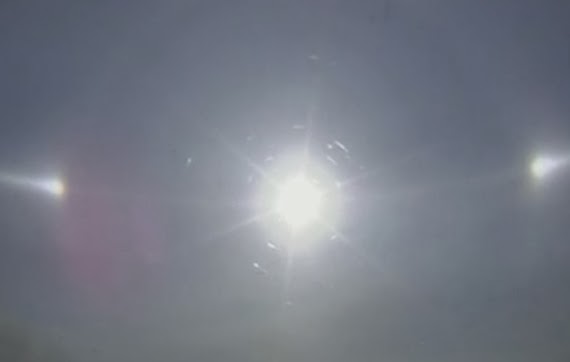 This magical event is also known as phantom sun or ice halo and only appears when ice crystals create high clouds (stratocirrus ) in the air around 6,000 meters above ground, and produce reflected sunlight.