Something really weird happened on the Carribean side of Mexico!

Residents have been rattled by a rather unusual and mystery earthquake in a region considered non-seismic by scientists! 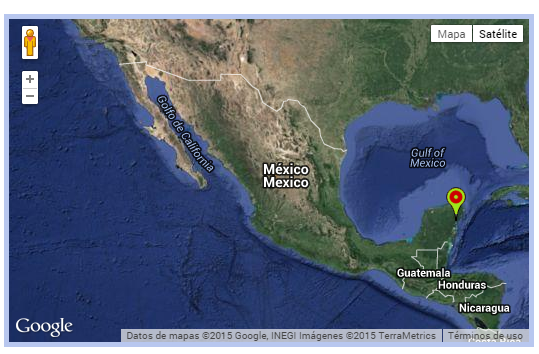 The government of Quintana Roo asked national institutions to help determine the causes of this unexpected earthquake that occurred off the coast of Tulum on January 10, 2015.

The National Seismological Service in Mexico City officially confirmed the event but WITH NO PLAUSIBLE EXPLANATION! SEISMOLOGISTS ARE BAFFLED!

The 4.2 magnitude Mexican earthquake occurred at 9:49 pm on January 10, 2015 with an epicenter 67 kilometers (41 miles) southwest of Playa del Carmen, in Quintana Roo.

Several Twitter users posted comments regarding this unusual event in this part of the country.

This earthquake is unprecedent in the area! There are however many tectonic plates all over Mexico. This tremor was maybe triggered by a still unknown and undiscovered fault line.