Fear as giant tarantula is discovered in Catamarca, Argentina. 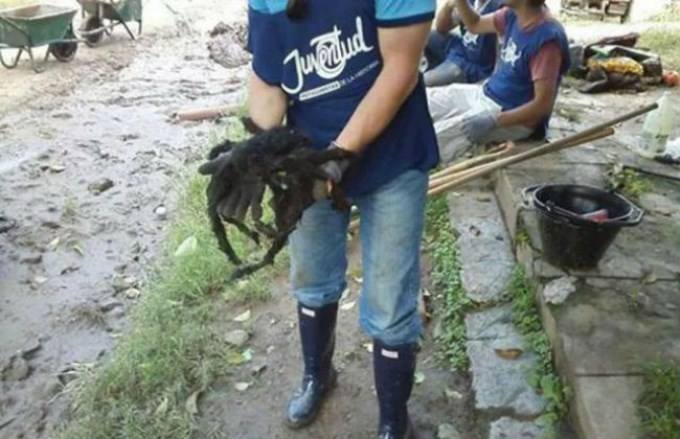 The gigantic tarantula was found by young activists while helping residents of Bañado de Ovanta, Catamarca Province, Argentina, affected by heavy storms since a week.

The arachnid is similar to so-called Goliath Tarantula, the largest spider in the world and native of the Amazon rainforest. It is a spider migalomorfa type and inhabits the northern parts of Latin America, reaching 30 centimeters in length and no more than 100 grams.

So could it be a MUTANT Goliath Tarantula? Or a nice hoax (plush)? What do you think?