If a large asteroid were headed for Earth, how would we defend ourselves?

We would just nuke them… And NASA has already signed a deal with the National Nuclear Security Administration for enhancing national security through the military application of nuclear science. 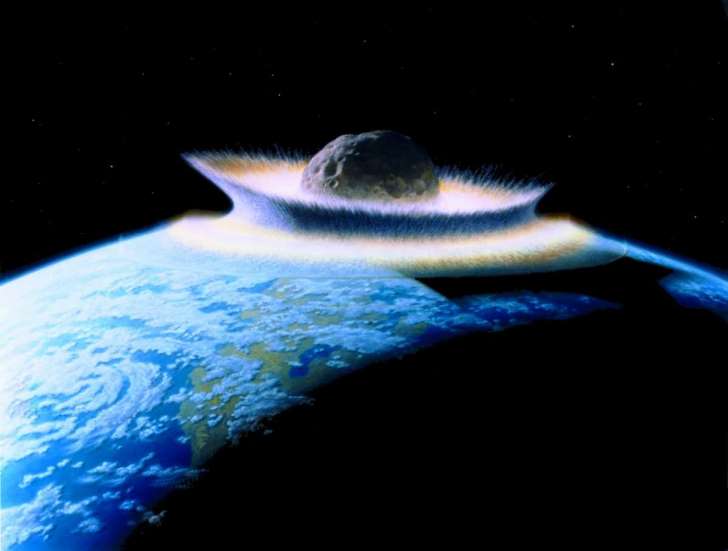 In 2013, a 60-foot-wide meteor exploded over Russia, and no one saw it coming. The Chelyabinsk impactor was relatively small by interplanetary standards, but the blast injured about 1,500 people and damaged 7,000 buildings. If a larger rock were headed for Earth, how would we defend ourselves? The short answer is, scientists aren’t really sure, but one solution sounds a lot like the plot from a 1998 Michael Bay movie: just nuke ‘em.

In hopes of averting a space rock calamity, The New York Times reports that NASA has just sealed a deal with the National Nuclear Security Administration—a branch of the Department of Energy that’s “responsible for enhancing national security through the military application of nuclear science.”

Both branches have been independently researching how to use nukes to deflect comets, asteroids and meteors; the new partnership should make it easier for the rocket specialists and nuclear specialists to pool their knowledge. The plan is to characterize potential threats and find ways to deflect them on short notice.

Of particular interest are medium-sized asteroids and comets between 164 and 492 feet in diameter. Large “dinosaur killers” have been pretty well mapped and don’t pose a threat to Earth in the foreseeable future, while small rocks don’t cause catastrophic damage.

Computer simulations suggest that we could successfully blow up a medium-sized space rock. However, the resulting rock fragments could potentially make the situation worse, depending on how far the asteroid is from Earth when it explodes. A better solution might be to use the bomb to deflect the asteroid instead of blowing it to smithereens.

Other (non-nuclear) proposals include gravity tractors, using sunlight to “boil off” parts of the Near Earth Object, and using lasers or high-speed spacecraft to nudge the object off of its collision course with Earth. However, a 2007 NASA study indicated that nuclear solutions may be the best weapon we’ve got when it comes to fighting killer space rocks.

It’s Raining Plasma on the Sun

Oxygen: Another Gas Mystery on Mars

Happy Halloween from space: Collision of 2 galaxies looks like a ghost face staring at us

We Have Weighted the Tiny Neutrino