Extreme weather across the country killed at least 23 and brought blizzard conditions to areas. New Mexico’s governor declared a state of emergency. About 33 million people were under some sort of winter weather warning tied directly to the storm. 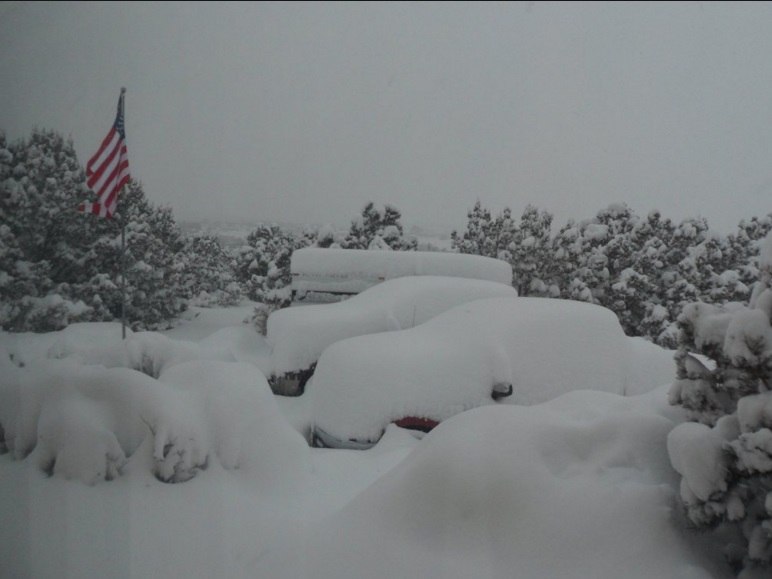 At least 3 feet of snow was recorded near Bonito Lake, while at least 2 feet fell near Edgewood, Sedillo and San Antonito. 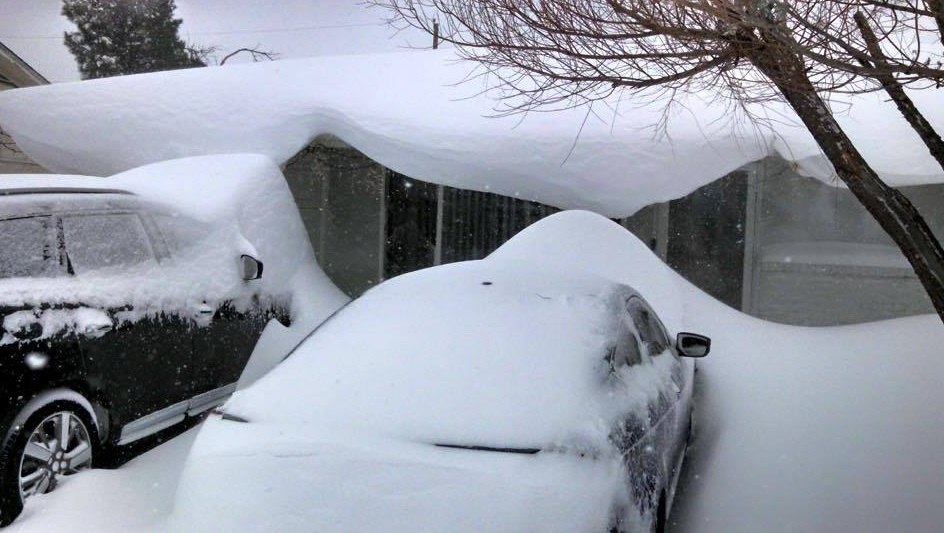 Numerous road closures in the state: Interstate 40 was closed for 390 miles in New Mexico from Albaquerque to the Texas/Okalahoma border, U.S. Highway 82 closed from mile marker 17 to mile marker 191 in the state. 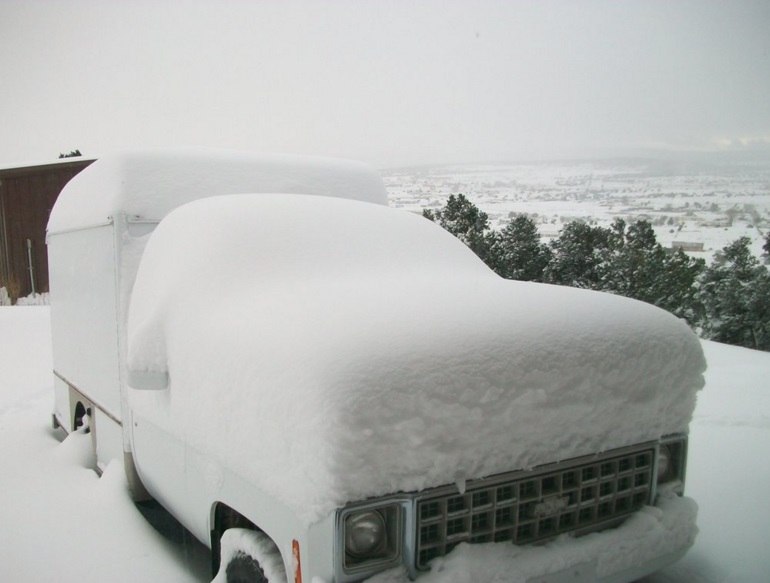 Police officers in Albuquerque said they responded to 178 weather-related accidents by Saturday night, about 58 of which involved injuries. 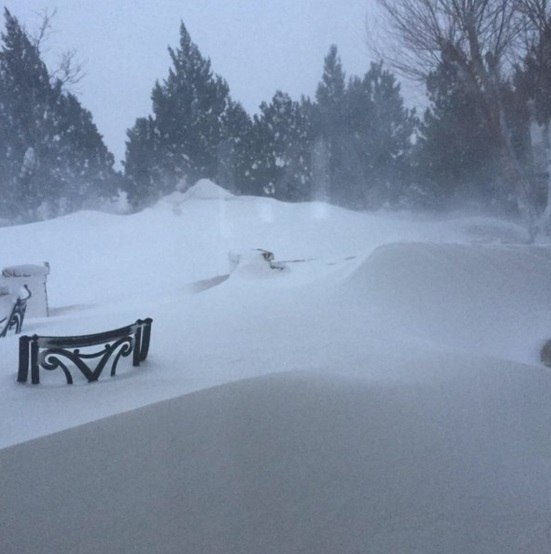 Snow drifts were already as high as 8 feet in Clovis.

At least 4,500 customers had lost power in Clovis. 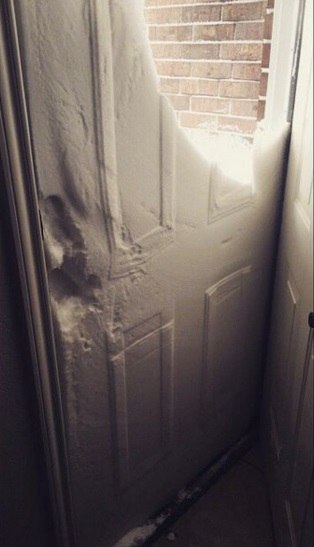 Palace of Governors and the New Mexico Museum of Art decided to close early because of poor driving conditions created by the weather. 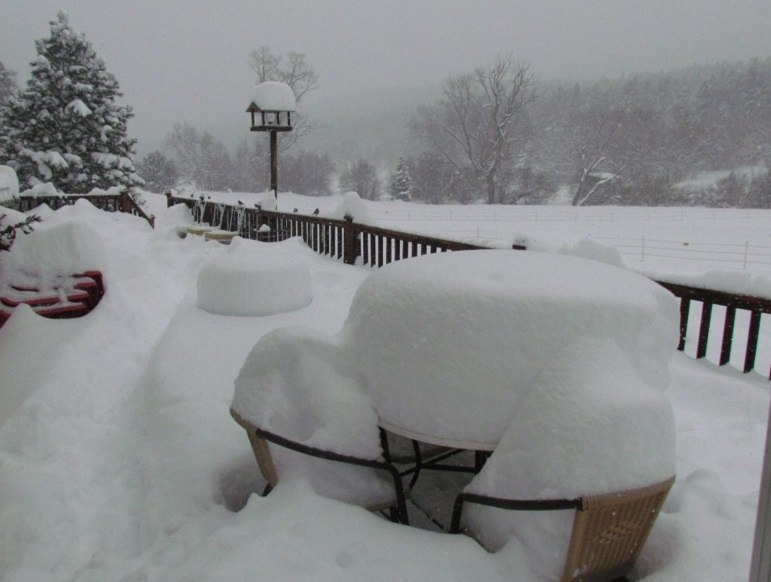 As the storm moved into western Oklahoma Sunday, the state department of transportation cautioned drivers of icy roads and bridges, from Beaver County, south to Harmon and Tillman Counties, east to Garvin County and north to Grant Count. 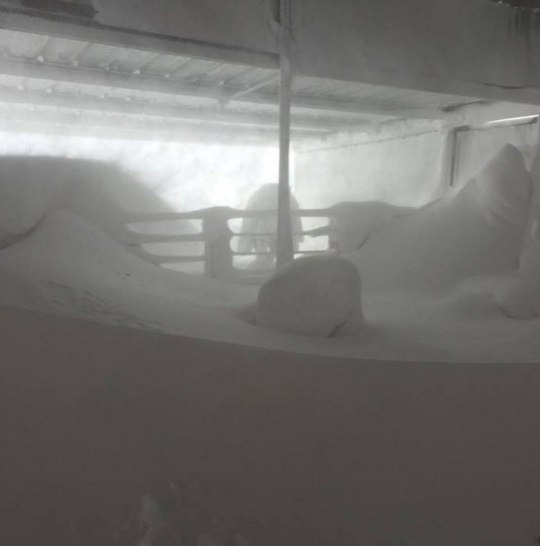 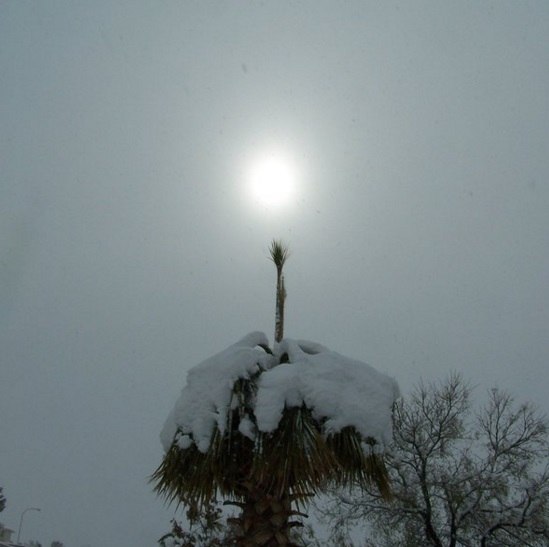 People in Altus have been asked to conserve water through Monday after a power failure at the Tom Steed Reservoir. An ice storm warning is in affect for the area and travel is discouraged. 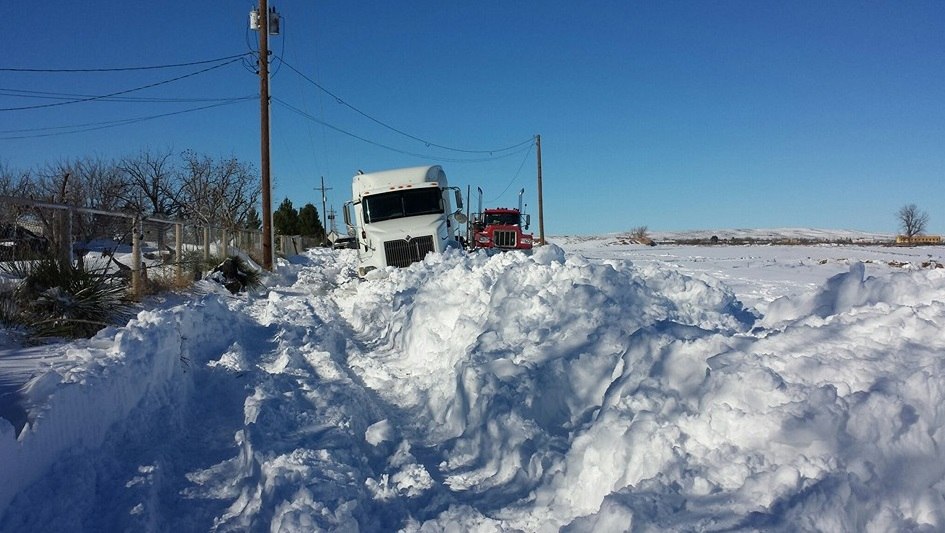 Officials were warning people to stay off roads in the Texas Panhandle, as vicious winds and heavy snow pounded the area. The I-40 closure continued from the New Mexico-Texas border east to Amarillo. Whiteout conditions were reported.

Schools and businesses are closed Monday across the Panhandle, including in Lubbock, Amarillo and Midland/Odessa. 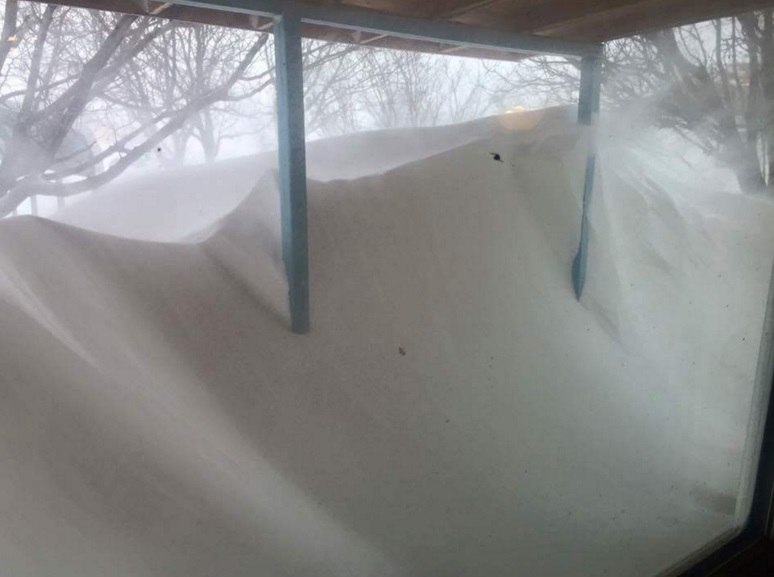 There were multiple reports of people stranded in vehicles in Hockley County as well as Lubbock County.

Whiteout conditions all over the place and it’s going to continue. Crews are trying as best they can to keep streets clear, but howling winds is making it near impossible.

Tell us about your experience of the Goliath snow storm.