Huge violent tornadoes ripped through Alabama and Mississippi on February 2, 2016.

These storm chasers were less than a quarter mile away from a massive tornado in McMullen, western Alabama. Watch the impressive video.

Look at this furious tornado in Pickens County:

Rain and storms were moving through Alabama on Tuesday night, with video and picture reports coming in of a large tornado producing damage in west-central Alabama earlier this evening. 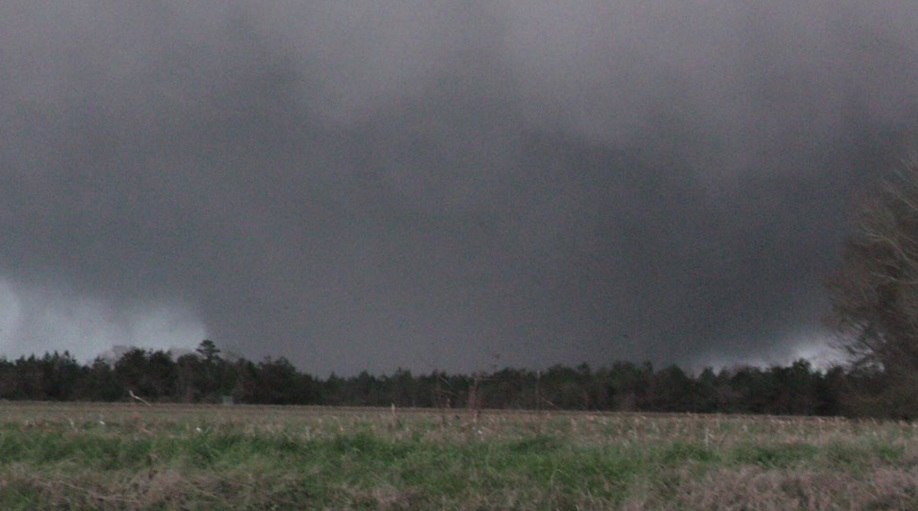 Storms were still active as of Tuesday night but flooding was becoming more of a concern.

Storms were moving over the same spots in northwest Alabama, and areal flood advisories had been issued for several counties.

The National Weather Service in Huntsville issued a flash flood warning just after 9:30 p.m. for Franklin, Morgan and Lawrence counties.

There was still more rain to come, with an anticipated squall line of storms still to the west in Mississippi.

Earlier storms may have left their mark. Damage was reported near Dancy, McMullen and Aliceville in Pickens County. Storm chasers reported significant damage north of McMullen with minor injuries.

Just before 9 p.m. the Storm Prediction Center said in a mesoscale discussion that the tornado threat was still present in north and central Alabama and a new watch may be needed after the earlier one expires at 10 p.m.

Two tornado watches were in effect for Alabama on Tuesday evening.

The first covered southwest Alabama and was extended until 3 a.m. Wednesday.