Pictures and videos show that most of the 1,400 hectares of lake Riesco have disappeared overnight near Aysen, Patagonia, Chile.

Nobody knows what’s happening over there. The lack of information from any official teams increases the mystery. Sinkhole? Geological fault? Or lack of rain? 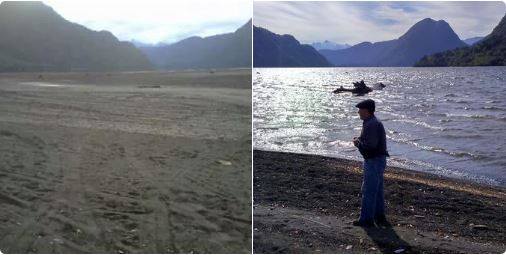 Lake Riesco, or Lago Riesco in spanish, has almost completely disappeared from maps and nobody knows why! 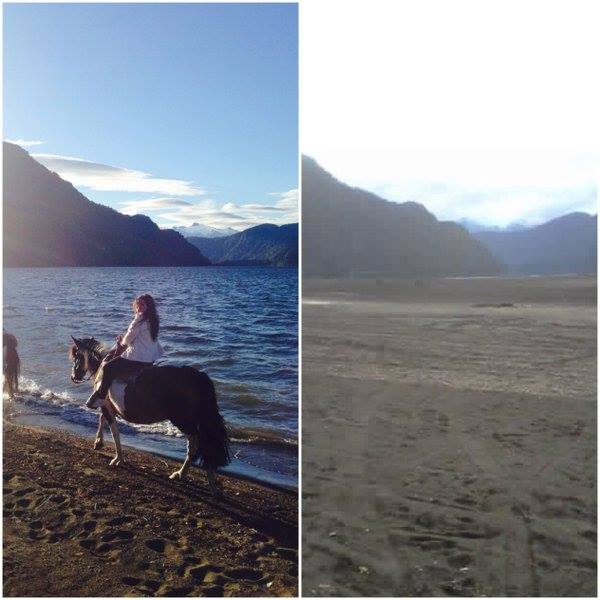 The lake is, or was, located 27 kilometers from Puerto Aysén, in the Chilean Patagonia. 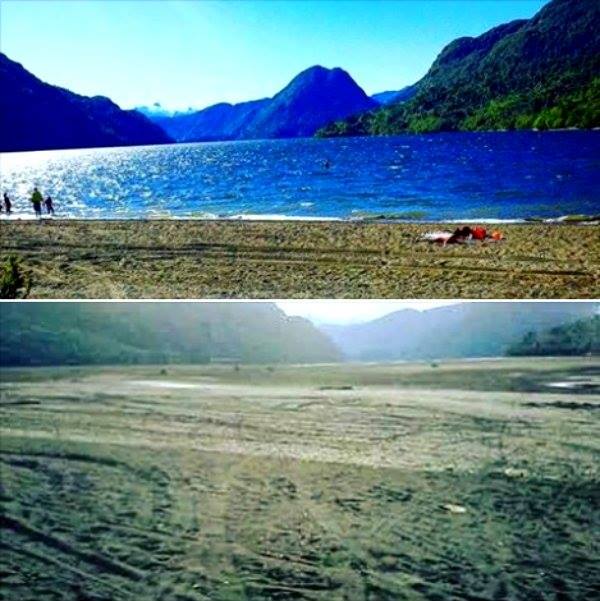 This video from Miriam Henriquez, a resident of Aysen shows shocking and dramatic pictures of the dessicated and drying lake:

Now people want to know what happened to their Lago Riesco. But officials take long to answer!

The monumental Liquiñe-Ofqui fault is a major geological fault that extends over 1,200 kilometers along the south of Chile from the area of the Liquiñe in Valdivia to the Gulf of Penas.

This major geological fault runs from north to south on one of the lakeshore and thus may have drained large volume of lake water. If this is the case, there will important manifestations of this change. This was the case in Iceland when a lake disappeared along a large fault and re-appeared years later.

The region around Lake Riesco has a temperate maritime climate with annual rainfall of the order of 3,000 millimeters. The other cause of the mysterious water disappearance could be related to a decrease of this rainfall due to the extreme El Niño phenomenon.

Finally, a sinkhole or a giant crack formed in the middle of the lake could be another origin for the drainage of the lake. In China, a sinkhole has swallowed a pond and 25 tons of fish and in Mexico, where The Atoyac river disappeared overnight!

The sudden water disappearance supports the geological hypotheses. Great video about the changes that occurred in this once beautiful lake in the pristine Chilean Patagonia: