A waterspout injured 38 people on the popular Playa Caimito in Cuba on July 3, 2016.

Six people have been hospitalized with serious injuries and at least 30 homes and shops have been destroyed. 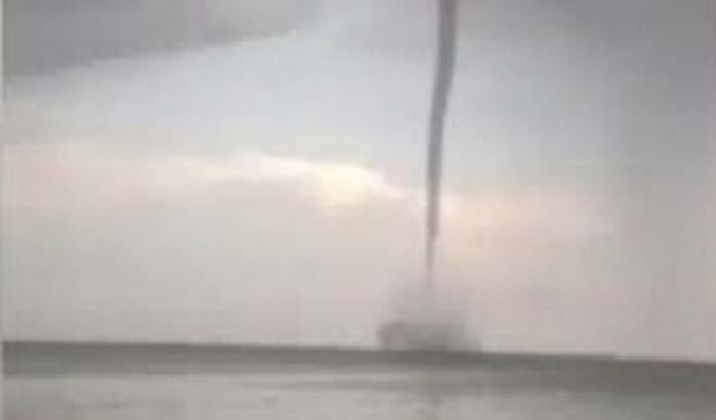 On July 2, 2016, a major waterspout engulfed, with little warning, Playa Caimito, a popular beach, located south of the province of Mayabeque on the island of Cuba.

38 people have been injured – 6 seriously –  and 30 homes and shops have been totally or partially damaged or destroyed.

During the event, the waves quickly grew to about 16 feet (5 metres) high and the sky turned black. The damage occurred in less than a minute.

During the powerful event:

Damage after the waterspout:

A waterspout is a sort of tornado that forms over water. There was no record of one hitting the area before. 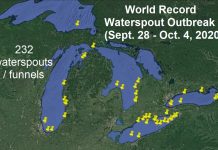 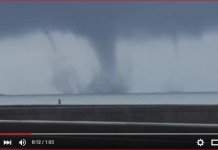 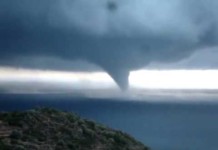 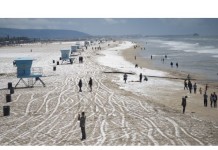 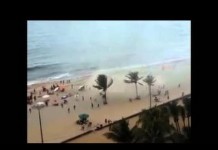 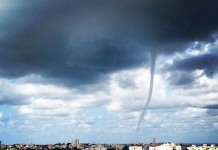 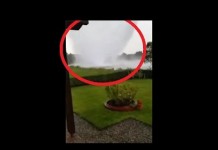