A deep over South Australia (SA) is expected to move East during both Friday and Saturday into the Eastern States.

Australians are being warned to prepare for an extreme heatwave striking this weekend and that’s bad news for firefighters.

Meanwhile, ACT chief minister has declared a state of emergency as Orroral bushfire grows to 8% of territory’s land mass and threatens Canberra suburbs.

Here a map of the system we are talking about:

During Friday, temperatures in most of Inland NSW, the majority of VIC, ACT and even parts of Tasmania are expected to climb to around 15-18°C above average with peaks into the mid 40’s °C across Northern VIC & Southern NSW.

During Saturday, the heat is expected to become confined to NSW with widespread extreme heat likely over inland areas, where peak temperatures are likely to reach the mid 40’s (109.4 – 117°F). Coastal areas won’t be miss out though with maximums climbing into the low 40’s (104-110°F).

Such high temperatures will fuel widespread dangerous fire conditions once again across NSW, VIC, the ACT and possibly TAS and ongoing fires may quickly turn out-of-control as conditions deteriorate.

Yes, Australia is still on fire!

Clear range fire ahead of what could be a horror day tomorrow for Canberra and region. #CanberraFires #NSWRFS #ABCNews pic.twitter.com/stk1cL5JgQ

Meanwhile, ACT chief minister has declared a state of emergency as Orroral bushfire grows to 8% of territory’s land mass and threatens Canberra suburbs.

The NSW Rural Fire Service is also warning tomorrow will be a difficult day and properties may again come under threat.

At 7pm there are 54 fires burning, 28 are not contained.
Tomorrow will be a long, hot and windy day for south eastern NSW & ACT with Severe fire danger ratings forecast. Under these conditions, a number of fires will spread and may threaten properties. #nswrfs #nswfires pic.twitter.com/d8KI35yTzg

Below some fire prediction maps from the ACT Emergency Services Agency. As you can clearly see, the potential spread area of the fire (red) is much larger than the area already burned (grey). Ember attacks are possible over an even broader area (red and white checks).

Severe fire danger forecast across south eastern NSW and ACT for Saturday. Under these conditions, a number of fires will spread and embers may be experienced if fires flare up. Check fire prediction maps at https://t.co/v0YTVv1hBD #nswrfs #nswfires @ACT_ESA pic.twitter.com/gzI1bPZSlD

The fire has already burned more than 19,000 hectares, giving a sense of how difficult conditions are going to be Saturday.

So, yes fires are still burning in Australia right now and yes this weekend’s widespread Australian heat wave is very bad news for firefighters and people living in danger areas. Australia, are you cleansing the Coronavirus with fire? Find similar articles on Strange Sounds or Steve Quayle. 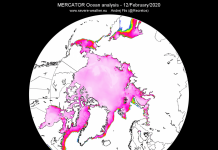 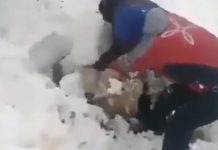 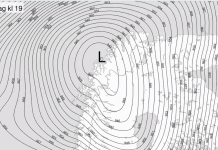