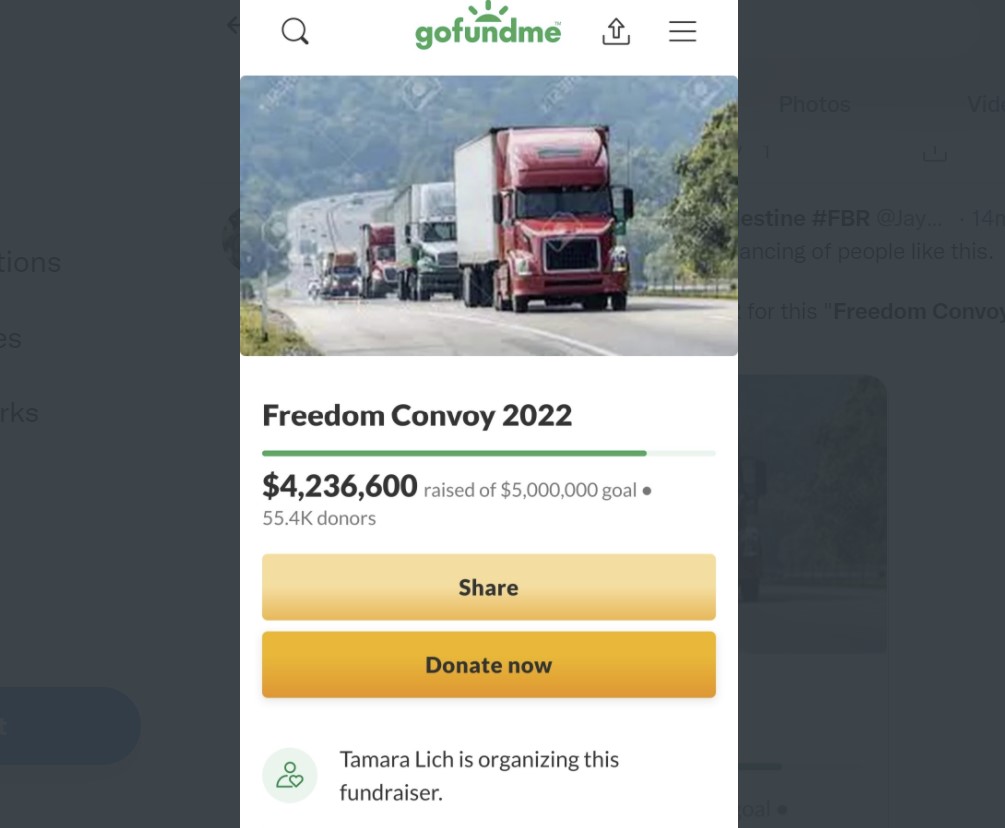 GoFundMe has frozen over $4.7 million in donations raised for the “Freedom Convoy 2022” page, to which more than 60,000 donors have contributed.

The money is frozen until the company verifies how the funds will be distributed, said GoFundMe spokeswoman Rachel Hollis.

“This is part of our standard process to ensure the protection of donors,” Hollis said. “Once a withdrawal plan is provided by the organizer, our team is on standby to safely and quickly deliver the funds.”

Crowd cheering on the freedom trucker convoy in Winnipeg, Manitoba, Canada as it makes it’s way to Ottawa to protest mandates and restrictions in the country. pic.twitter.com/jHvoOluY17 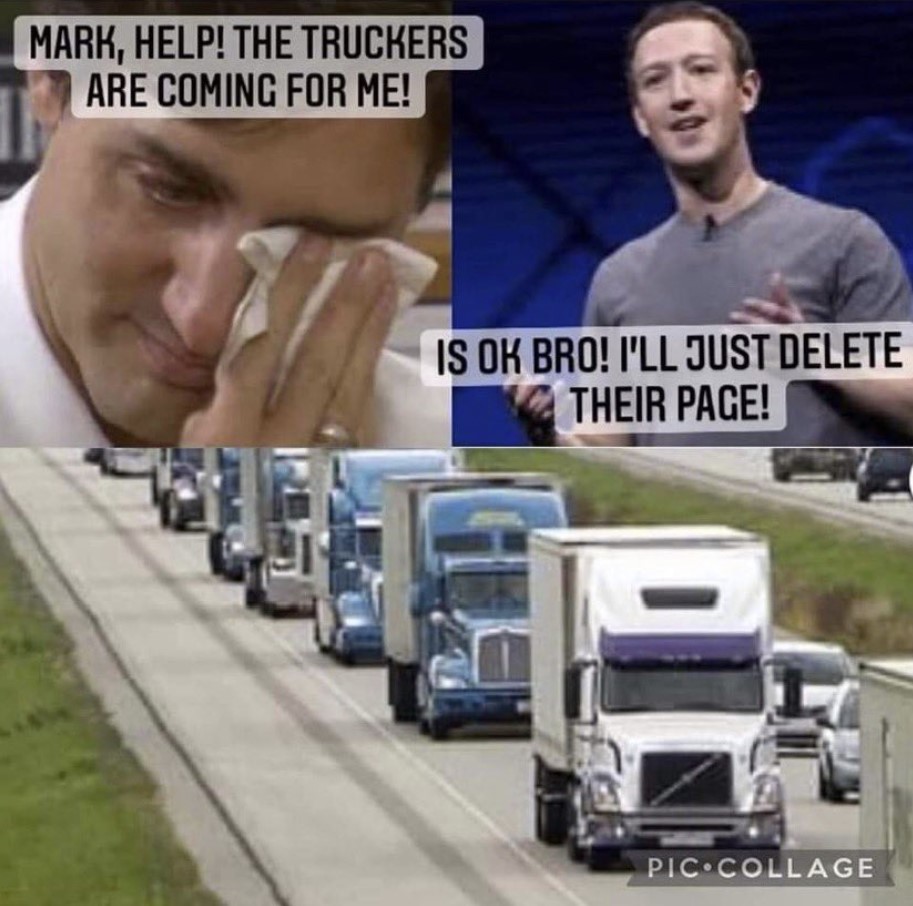 70km long freedom convoy, supported along the full route by the people.
The mainstream media pretending this isn’t even happening pic.twitter.com/1pQUp2IWzq

The convoy is making it’s way to Ottawa to protest mandates and restrictions in the country.#FreedomConvoy2022 @BezirganMocha pic.twitter.com/LfDsmEi6A8

And it seems Trudeau doesn’t get it:

Justin Trudeau reacts to the Trucks For Freedom convoy and says the best way to protect the supply chain is with vaccines.