Earth’s inner core may be filled with a weird substance that is neither solid nor liquid. 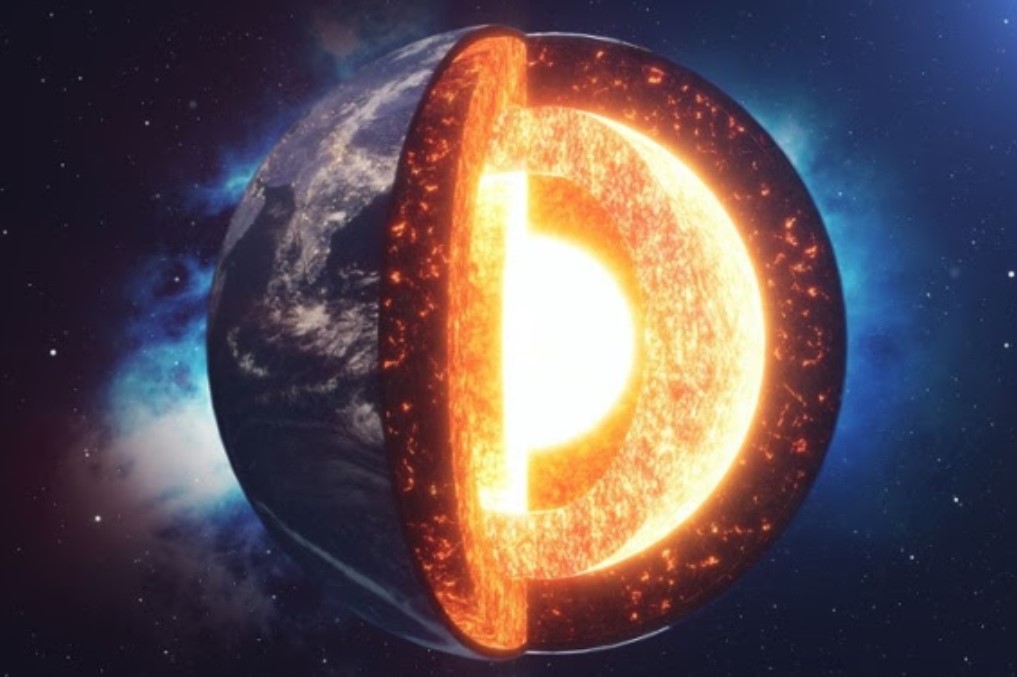 For more than half a century, scientists believed that Earth’s deepest recesses consist of a molten outer core surrounding a densely compressed ball of solid iron alloy. But new research, published Feb. 9 in the journal Nature, offers a rare insight into the inner structure of the planet — and it’s far weirder than previously thought.

New computer simulations suggest that Earth’s hot and highly pressurized inner core could exist in a “superionic state” — a whirling mix of hydrogen, oxygen and carbon molecules, continuously sloshing through a grid-like lattice of iron.

The planet’s core is subject to bone-crushing pressures and scorching temperatures as hot as the surface of the sun, and its contents have long been a subject of speculation among scientists and science fiction authors alike. Since the 1950s, advances in the study of earthquake-generated seismic waves — which travel through the core — have enabled researchers to make more refined guesses as to what’s inside the heart of the planet, but even today the picture is far from clear.

A 2021 study of how a type of seismic wave called a shear (or “s”) wave moved through our planet’s interior revealed that Earth’s inner core isn’t solid iron, as was once believed, but is instead composed of various states of a “mushy” material, Live Science previously reported, consisting of an iron alloy of iron atoms and lighter elements, such as oxygen or carbon.

But scientists weren’t sure what this mush consisted of. Accessing the core by probe is impossible, so for the new study, the researchers turned instead to a simulation — compiling seismic data and feeding it into an advanced computer program designed to recreate the effects of the core’s extreme pressures and temperatures on an assortment of likely core elements: such as iron, hydrogen, oxygen and carbon. In a regular solid, atoms arrange themselves into repeating grids, but the core simulations suggest instead that in Earth’s core, atoms would be transformed into a superionic alloy — a framework of iron atoms around which the other elements, driven by powerful convection currents, are able to freely swim.

“It is quite abnormal,” study first author Yu He, a geophysicist at the Chinese Academy of Sciences, said in a statement. “The solidification of iron at the inner core boundary does not change the mobility of these light elements, and the convection of light elements is continuous in the inner core.”

If the simulation lines up with reality, the constant swilling of the mushy superionic materials could help to explain why the inner core’s structure seems to change so much over time, and even how the powerful convection currents responsible for creating Earth’s magnetic field are generated. But first, the model will have to be proven.

“We will have to wait until the experimental setting becomes ripe to replicate the inner core conditions and scrutinise the proposed models. We will then see which of the models are physical,” Hrvoje Tkalčić, the head of seismology and mathematical geophysics at the Australian National University in Canberra who was not involved in the study, told Live Science in an email. “In the meantime, global seismology is making progress, with more seismological probes becoming rapidly available, and we hope to constrain some of the key parameters determining geophysical models of the inner core in this coming decade.” [Live Science]