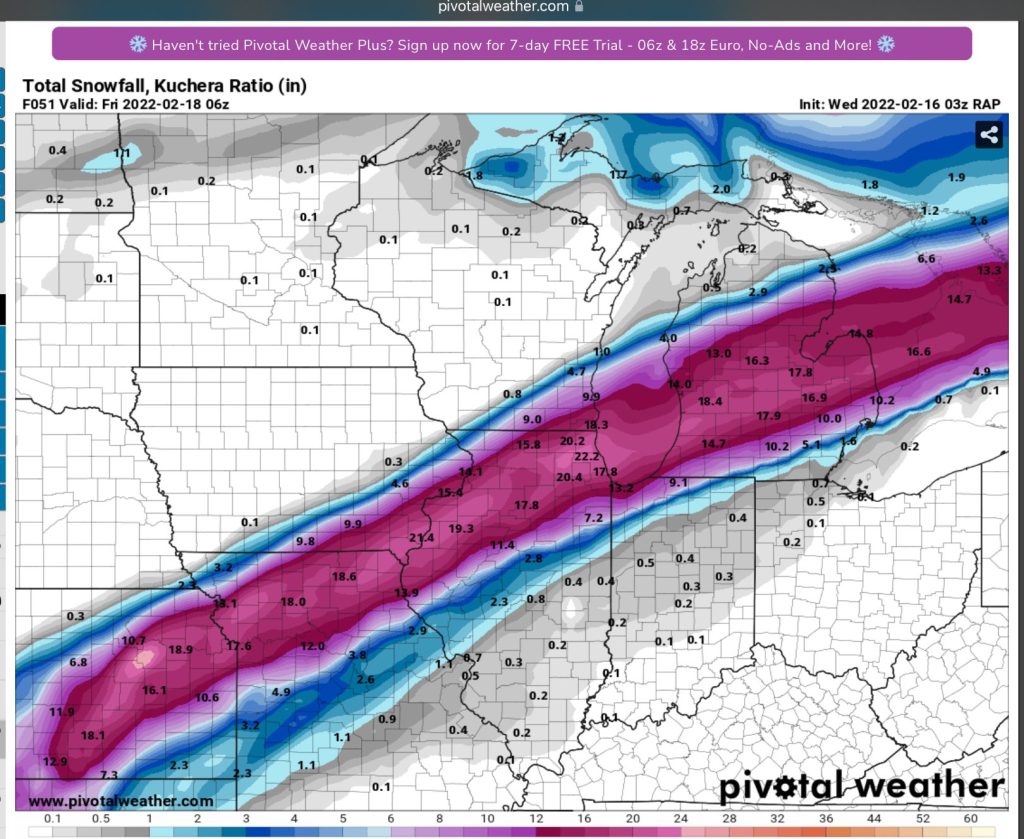 A band of “particularly intense snow” swept into the area around 4:30 p.m., falling at an inch or two an hour and whipped by wind gusts as high as 40 mph, according to the National Weather Service.

The worst of a winter storm hit the Chicago area in time for the evening commute Thursday, causing near whiteout conditions on expressways, sending 10- to 14-foot waves crashing along the lakefront and grounding more than 500 flights.

A band of “particularly intense snow” swept into the area around 4:30 p.m., falling at an inch or two an hour and whipped by wind gusts as high as 40 mph, according to the National Weather Service.

Visibility was reduced to nearly zero on many expressways, causing spinouts and accidents, including a crash on northbound Interstate 57 that stopped traffic at 127th Street in Calumet Park, according to the state police.

Conditions were worse downstate, where the heaviest band of snow hit. The southbound lanes of Interstate 39 between Minonk and Normal were shut down for 12 hours due to a series of crashes involving over 100 vehicles near El Paso, about 130 southwest of Chicago.

Authorities initially responded to a multivehicle crash just after 3 p.m. on I-39 at milepost 9, just south of El Paso, Illinois State Police said. As of 6:30 p.m., troopers were still working to get drivers off the roads. No injuries have been reported.

The state police issued a traffic alert warning of treacherous travel throughout central and northern Illinois into the night.

The snow was not expected to let up until around 8 or 9 p.m., with as much as 8 inches downstate and 5 inches in the Chicago area. A gale warning was issued for the lakefront until 10 p.m., with some waves as high as 18 feet, the weather service said.

It warned of freezing spray and flooding along paths and roads.

A flash flood warning was issued for the area around Wilmington from the Kankakee River.

More than 380 flights were canceled at O’Hare International Airport and more than 140 at Midway Airport.

The storm swept from eastern Kansas into central Missouri early Thursday, then moved into central Illinois and northern Indiana by the afternoon, according to the weather service.

The snow was the heaviest south of Interstate 80, with “very dangerous conditions unfolding for areas south of the Kankakee River into east-central Illinois,” the weather service said.

While the snow will end in the evening hours Thursday, “blowing and drifting snow issues may linger into the overnight hours while winds diminish,” the weather service said. Friday was expected to be sunny with a high near 32.