The continued ‘megadrought’ in the West has brought a critical reservoir down to extraordinarily low levels, further endangering the region’s water supply. 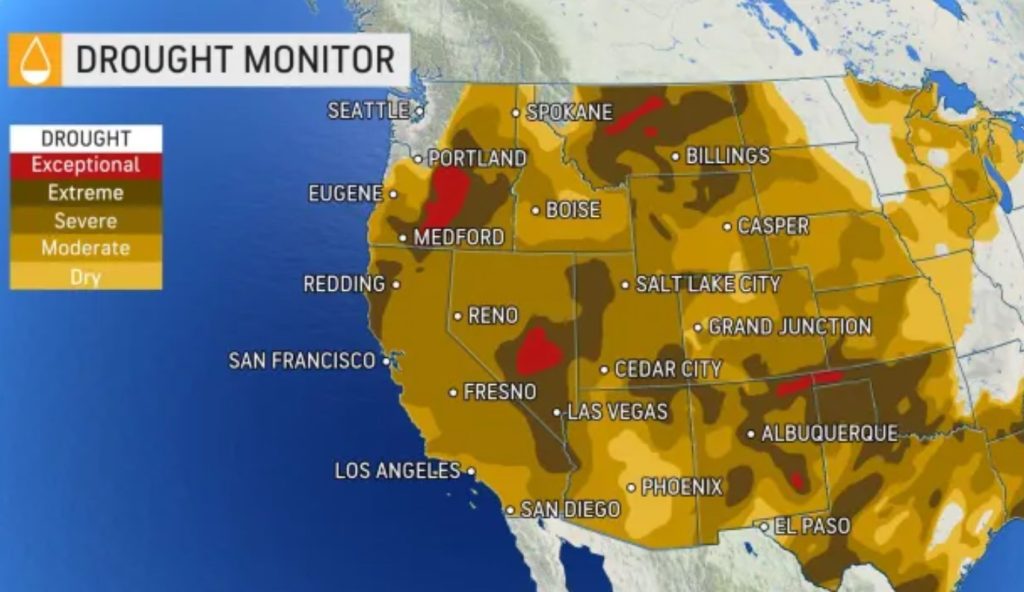 Officials say Lake Powell is shrinking to a critical threshold, which could impact hydropower generation and water supplies in the Western U.S. later this year.

The nation’s second-largest reservoir, Lake Powell, is continuing to dry up, placing water supplies and power generation in the West in potentially dire straits.

Lake Powell is an artificial lake in the middle of the Colorado River on the border between Arizona and Utah. Created in 1963 after the construction of the Glen Canyon Dam, the lake has become a critical source of hydropower and water for the West.

Now, for the first time, the water levels at the lake are threatening to dip below 3,525 feet in elevation, a critical elevation marker, with water levels dropping a full 45 feet in the past year.

“[The critical elevation] provides 35 feet of buffer before we reach our minimum power pool elevation where Glen Canyon Dam can no longer generate hydropower,” said Heather Patno, a hydrologic engineer for the U.S. Bureau of Reclamation. 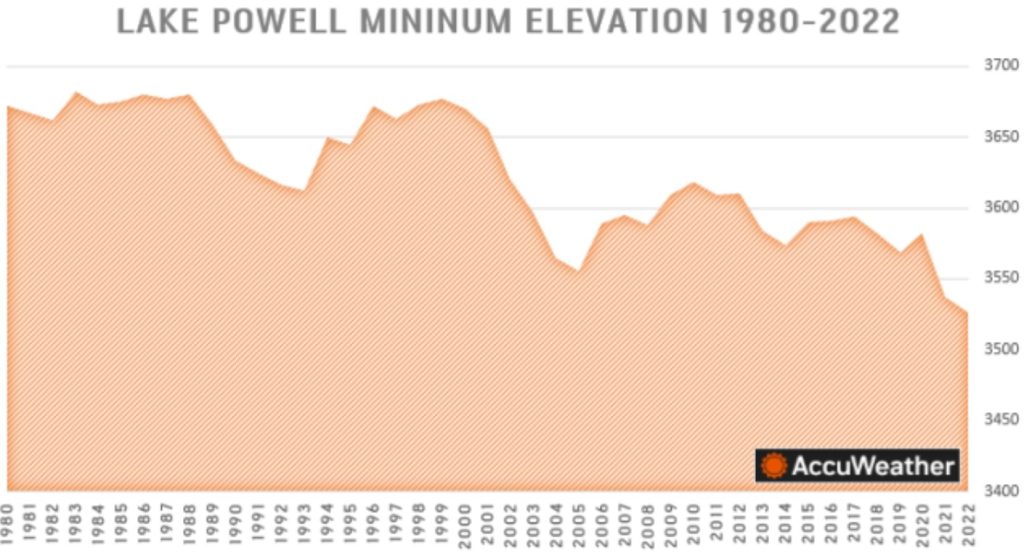 Levels are expected to be below the target elevation for a few weeks before rebounding in April due to snowmelt from mountains along the Colorado River Basin. Hydropower generation is not expected to be affected this spring, but it is possible that the reservoir’s level will dip to critically low levels again in the summer.

“We’re talking about multiple seasons of well-below-average rain and snow that have kind of gotten us to this point, coupled with exceptionally high temperatures which we attribute to regional warming from global warming,” said Justin Mankin, an assistant geography professor at Dartmouth College and a co-lead at NOAA’s drought task force.

Water conservation measures will likely need to be implemented, something that Mankin says will hit farmers in the West first. As drought conditions continue to build, farmers may be asked to limit their water usage, something which makes growing crops more difficult.

“These are unprecedented times, and these decisions are not taken lightly, and we’re aware of the impacts it has to the Colorado Basin, where there’s 40 million people within the basin,” Patno said.

While water cuts might be necessary to sustain the water supply this year, Mankin believes that the continued drought in the West indicates that more structural solutions might be needed in the future.

One peer-reviewed study published recently in the journal Nature Climate Change found that the western United States and parts of northern Mexico are experiencing their driest period in at least 1,200 years, with some calling the unprecedented period of dryness a “megadrought.”

“This drought is indicating we need a structural orientation of our management of water in the West,” Mankin said. “What does it mean for the West to be in an exceptional drought, that is, a drought without exception, every year?” [Accuweather]