After all the lies and propaganda we have been told in the last two years, I think it is more than legit to ask… Why are all occidental medias and politicians saying that the Russian army is getting stuck in Ukraine. What if it was another web of falsehoods…

I mean, look at the old map above (5 days old) and observe the different axes of progression of the Russian Army. The occupation of the Ukrainian territory is growing daily, with some specialists stating that on some fronts, the Russian military troops are advancing some 20-30km/day. That’s enormous!

This is a very fast progression! We are now in the 3rd week of the Russian special operation in Ukraine and the country measures 603,000km2. If you want to put it into perspective, the US Army took over Iraq (435,000 km2) in about 6 weeks.

Not even Putin thought this occupation would be easily done and finished within one or two weeks. The western propaganda just want you to believe that!

Ukraine is actually the largest country in Europe after Russia. We are not in Sinai (60,000km2) in 1967. That was ‘easy’, and much smaller. But, even that took 6 days to conquer!

I actually believe things are happening very fast! And the western media and ‘allies’ (NATO and Europe are so unprepared for a war that they cannot help and will just observe how Ukraine will be taken out of the world maps) want to give us a false impression, a false feeling about a possible defeat of the Russian Army!

They are maybe trying to convince themselves that there may be a sudden turnaround, that there is hope and a chance of de-escalating… I think this is the main reason why they sell us and want us to believe that the Russian army is getting stuck! 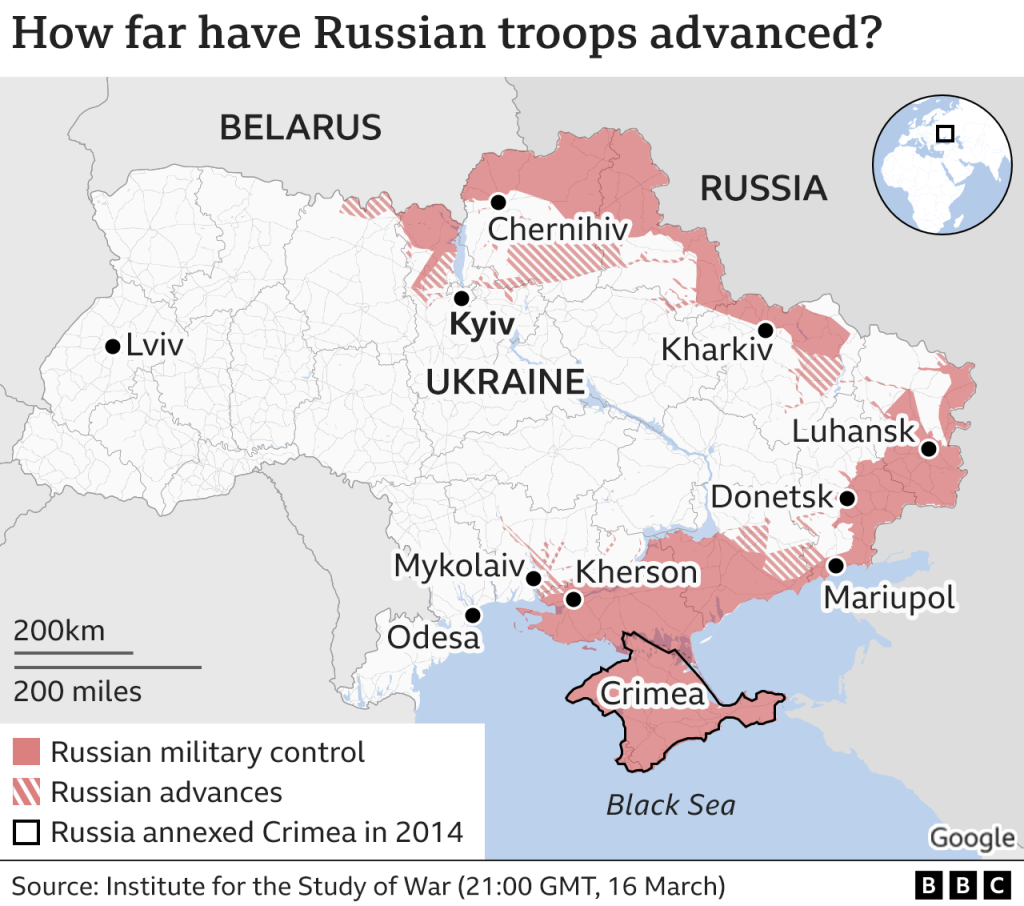 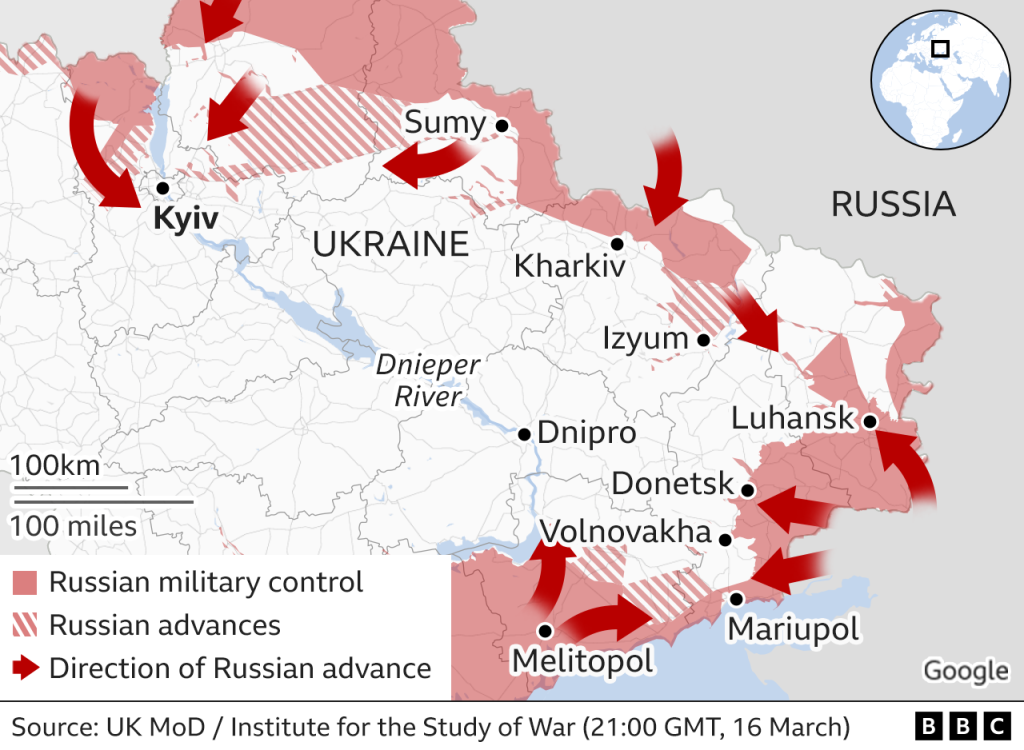 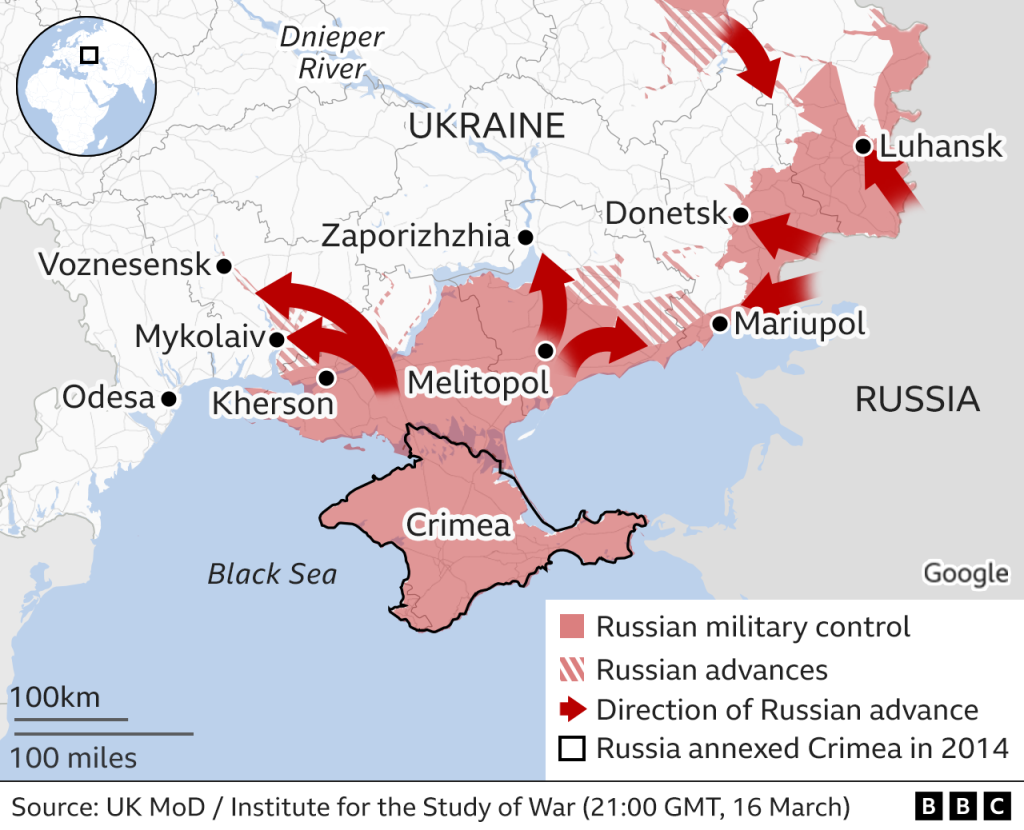 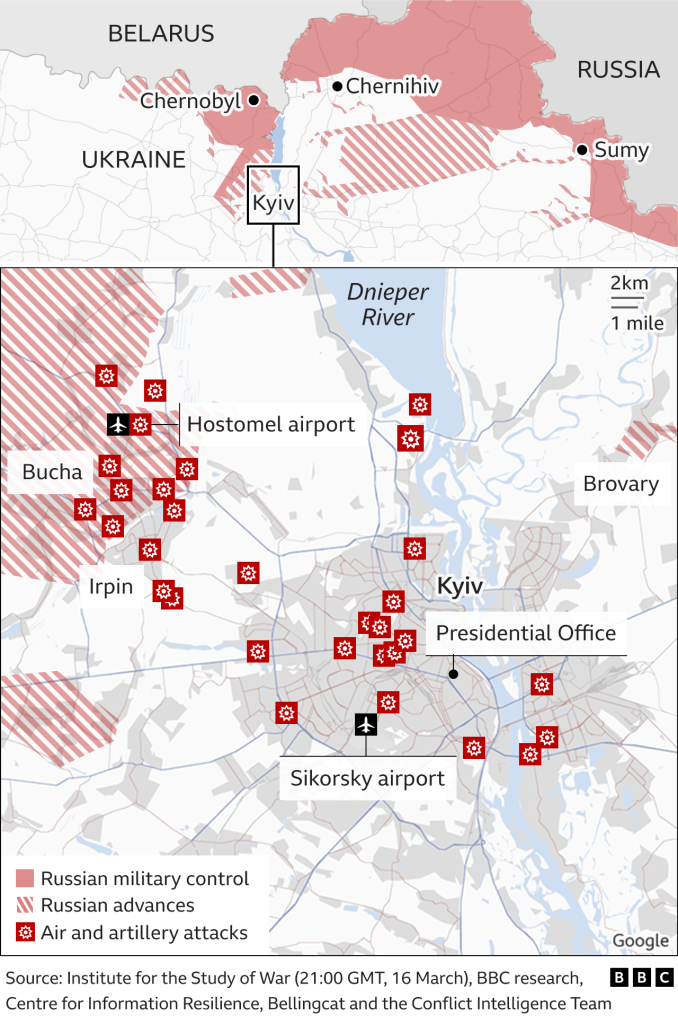 But what’s actually happening is the contrary! Russian forces progress fast and methodically. And as soon as you watch the maps above, you exactly know what’s going to happen in the near future. They are currently surrounding the Ukrainian troops to totally cut them from supplies.

The biggest problem right now is that in the West, there is no truth. There is wishful thinking and there is this impression of success by the Ukrainians that doesn’t stack up. The biggest lie I’ve heard repeated on television is, Russian troops have been told to deliberately murder Ukrainian civilians. That’s absurd, it’s nonsense.

Ukrainian President Volodymyr Zelensky asked the US Congress on Wednesday to send fighter jets, air defense missiles and other weapons to Kiev, as well as establish a no-fly zone over Ukraine, so his army could defeat Russia. He made the same argument to Canadian lawmakers on Tuesday.

Such shipments will have no effect. Zelensky’s refusal to negotiate an armistice is only going to get more Ukrainians killed.

Mind conditioning! Timing of Pelosi and Memphis video to disrupt the news cycle