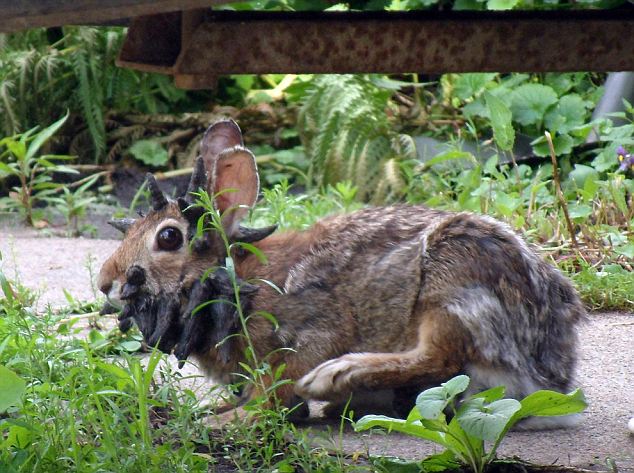 When infected, an animal gets tumors to grow on or near the animal’s head. If they get too large, the animal, in this case a rabbit, will die of starvation.

This monster rabbit was first observed in Mankato, Minnesota, early june 2013. It was named Frankenstein. 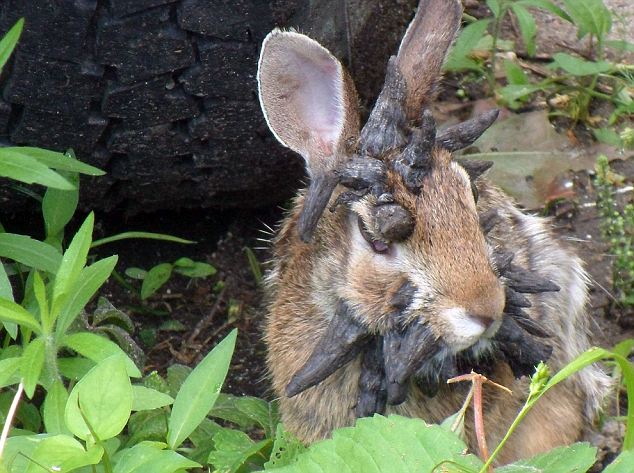 The video clearly shows monster spikes sticking out of the rabbit’s head. 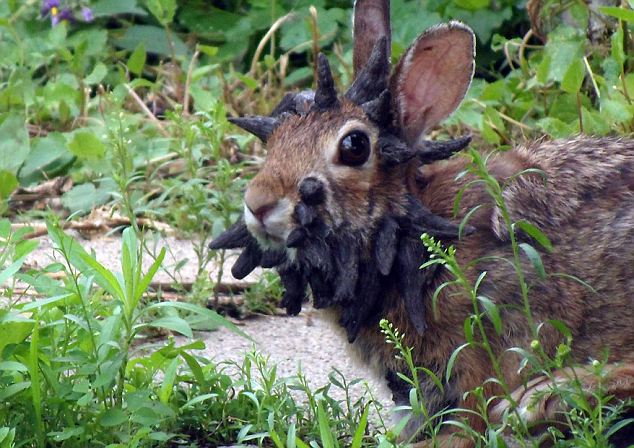 Rabbits that contract the virus have often been the source of stories about the mythical ‘jackalope’, which is a rabbit with the antlers of an antelope. Illustrations of horned rabbits have appeared in scientific books such as the Tableau encyclopédique et méthodique from 1789. 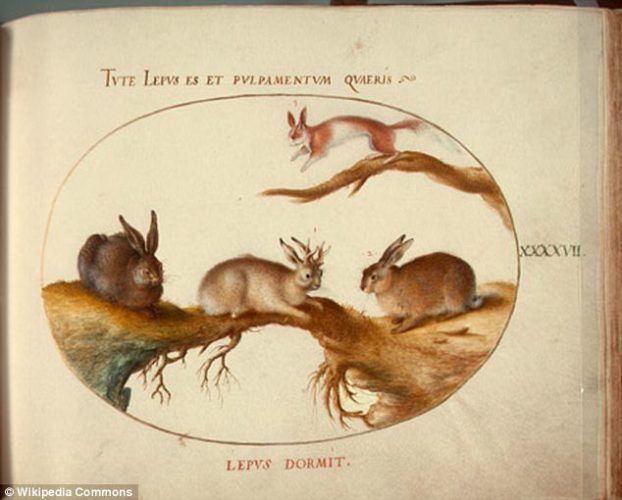 My work is entirely reader-supported, so if you enjoyed this piece please consider sharing it around, following me on Facebook, Twitter or YouTube, or throwing some money into my tip jar on Paypal (donations over 25$ get a small gemstone). The best way to make sure you see the stuff I publish is to subscribe to the mailing list at my website or on Substack.