What you heard in this video is probably the sound of vibrations made by gases surrounding Voyager 1, meaning that the probe has travelled beyond the Solar System, almost 12 billion miles (19 billion km) from Earth.

Scientists indeed believe the Voyager 1 space probe, which was launched 36 years ago, has now gone beyond the Solar System and is sending back data from interstellar space.

The spacecraft took off from Cape Canaveral in September 1977 on a mission to explore the outer reaches of the Solar System.

Voyager 1 sent back the first detailed images of Jupiter and its moons in 1979 and passed Saturn a year later. 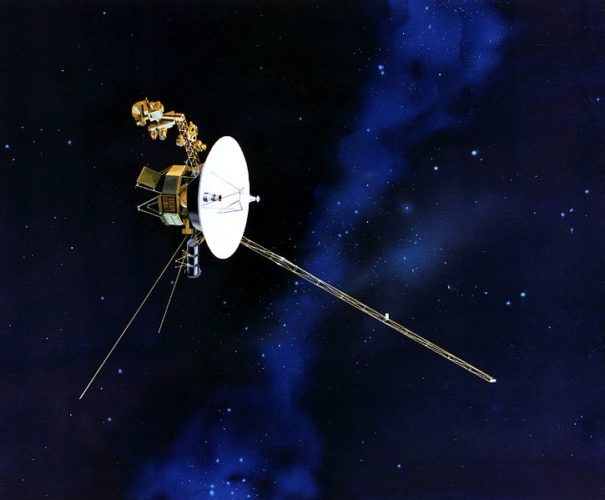 Mission completed, it kept going – powered by plutonium batteries and less computing power than a modern day smartphone. This is amazing!

If you enjoyed this sound, discover the strange noises from planets, stars and black hole!