The newly discovered comet “Siding Spring” is a planet killer and has Mars in its sight. The Mars-bound Comet Siding Spring was spotted by Rob McNaught on 3 January at Siding Spring Observatory in Australia. 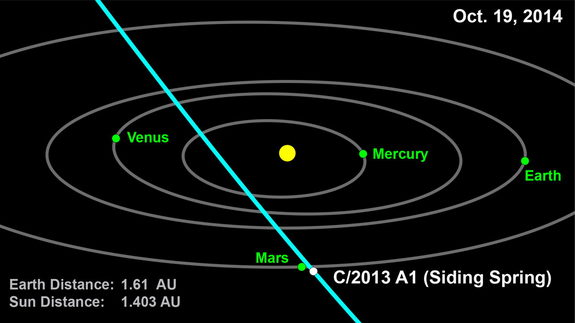 The Federal Space Agency (ROSCOSMOS) is warning in a new report to President Putin today that Russian space defenses should be “immediately activated” and that the 5,000 new civil population bomb shelters completed this past year be “urgently stocked” after scientists confirmed that newly discovered Comet C/2013 A1 (Siding Spring) is, indeed, a “planet killer” and has Mars “in its sights.”

Richard Zurek, chief scientist for the Jet Propulsion Laboratory’s (JPL) Mars Program Office and project scientist for NASA’s Mars Reconnaissance Orbiter (MRO), had previously warned that if Comet Siding Spring did impact Mars it “could be a huge, global event” 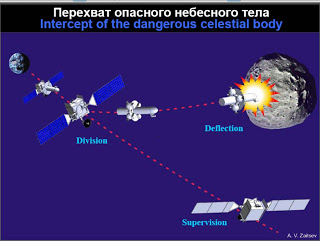 and further warned “we will have to start thinking about what precautions we should take.”

Where US safety measures would include positioning their orbiters so that they are on the other side of Mars at the time of comet impact, this report continues, the “lethal potentiality” of Comet Siding Spring cannot be underestimated, specifically as its size, 50 km (31 miles) would result in an upper limit energy of impact that could reach 20 billion megatons and leave a crater measuring 44 km (338 miles) in diameter.

The greatest danger to Earth should Comet Siding Spring impact Mars, ROSCOSMOS experts state in this report, would be the massive debris field ejected into space which would then plummet towards the Sun and eventually crossing our planets orbit.

Curious to note about this report is a dissenting summary of its findings and recommendations by a minority of ROSCOSMOS experts who note that the as yet “unexplained orbital adjustments” being made by Comet C/2012 S1 (Comet ISON) as it nears its 1 October rendez-vous with Mars, and its apparent “128 stand still” that has puzzled US scientists, means that Comet Siding Spring cannot be ruled out as an “intelligently directed space object” like Comet ISON is now appearing to be too. 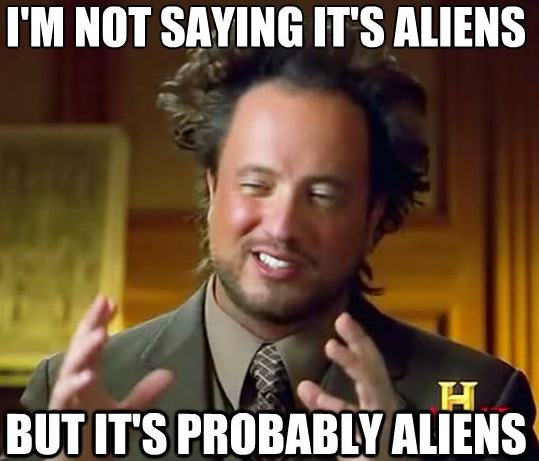 Comet ISON has made a number of“unexplained orbital adjustments” around the planet Mars seemingly to better align itself with the Red planets strange moon Phobos which Russian astrophysicist Iosif Samuilovich Shklovsky, in 1958, stated was a metallic hollow “craft,” a finding supported by the European Space Agency (ESA) who last year reported:

“One reason to suspect that Phobos is not a captured asteroid is its density. Analysis of Mars Express radio science data gave new information about the mass of Phobos based on the gravitational attraction it exerts on the spacecraft. The team concluded that Phobos is likely to contain large voids, which makes it less likely to be a captured asteroid. Its composition and structural strength seem to be inconsistent with the capture scenario.”

To what the truest reasons Comet ISON and Comet Siding Spring are “targeting” Mars nearly one year exactly apart in 2013 and 2014 are, basically, still unknown, but it cannot go unnoticed that Project Wormwood has put on its website this most cryptic of warnings:

The third angel sounded his trumpet,

fell from the sky on a third of the rivers

and on the springs of water

– the name of the star is Wormwood.”

2. Wormwood (absinthe) = in the Book of Revelation, a star that falls upon Earth and poisons a third part of the waters, also the name of Chernobyl and also Nibiru, Planet x

3. The passage omitted intentionally or not by the Bible is “… the name of the star is Wormwood, and a third of the waters became absinthe, and many men died because of the waters that had become bitter.”