Why does the aurora sometimes turn the sky into an eerie blood red color? 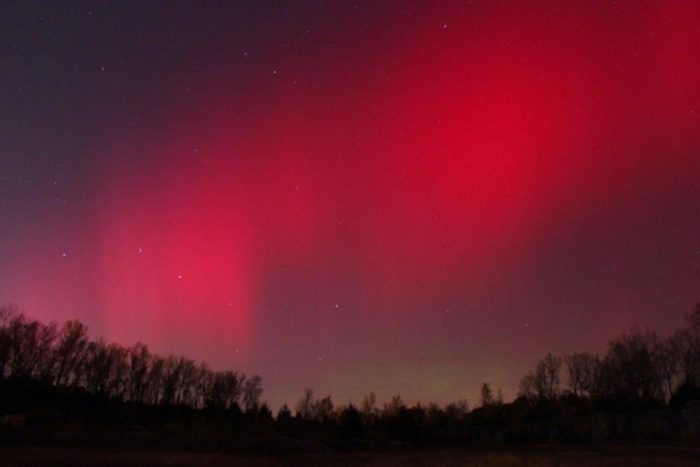 This picture of red light leaking up from the horizon could be a particularly gruesome sunset. Actually, it’s the aurora. 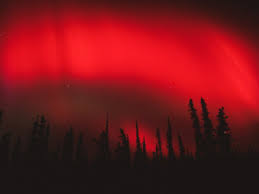 When energetic particles collide with the Earth’s atmosphere, the atoms in the atmosphere take on the energy and release some of it as light. Different atoms emit different colors. Most of the time, we see the bright green of oxygen, but here we see the rusty red – of oxygen.

These incredibly bright red aurora lights were caught in the sky over Arkansas in 2011: 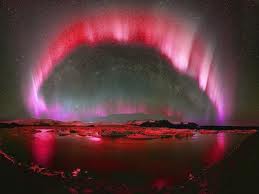 Molecular oxygen grabs the energy from the incoming particle and releases it again within a second. Atomic oxygen takes two minutes to re-emit the energy. 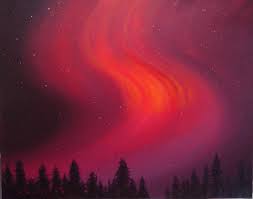 If the atom collides with another gas molecule, the energy can be transferred in that collision and won’t be released as light. Only at high altitudes, where atoms are scarce and those collisions unlikely to happen, does large-scale emission of red light really have a chance. (SOURCE)

This red glow is magical! I would like to see them once! What about you?