A marine felt and died on monday after falling into a 70 feet deep sinkhole while hunting north of Buckhorn in Missouri.

It is believed that the sinkhole opened up during heavy rains last month. Well look at this ‘sinkhole’.

I would say that its shape is much too cylindrical to be natural. It actually reminds me of mysterious holes that were found in the deep forest of Russia. 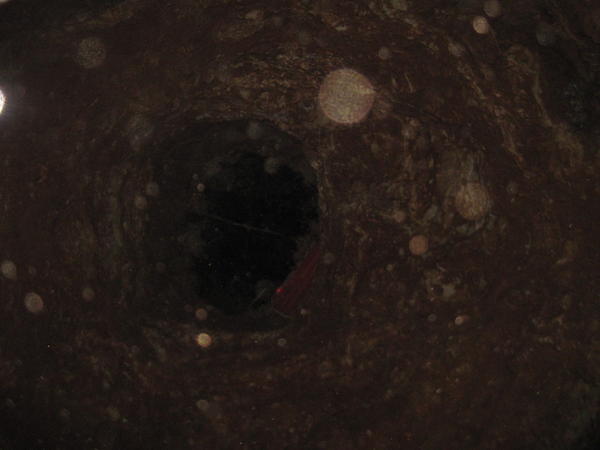 Pretty much ressembling, no? What do you think?

The Pulaski County Sheriff is also baffled by this deep hole: “I kind of use that term loosely because I’ve seen sinkholes before and this was nothing like I’ve seen before,” said Long. “It was very cylindrical.”