100,000 kilograms of dead fish have been recovered From the Fuhe river in central China. 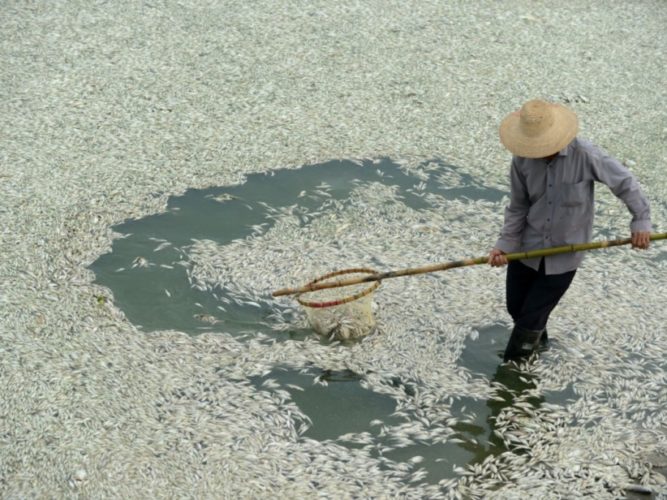 Background for this mass die-off is ammonia poisoning from a nearby chemical plant (Hubei Shuanghuan Science and Technology). According to authorities, ammonia concentrations well above national limits were measured from their drain pipe.

The fish kill is likely to bring the nearby village Huanghualao in stress. Indeed, 1,600 people live from fishing. (SOURCE)

Earlier this year, thousands of dead pigs were recovered in a river near Shanghai.