It’s probably one of the weirdest graveyard you have ever seen. In this 2,000-year-old burial site called the Hanging Coffins of Sagada, the coffins are nailed to a near vertical cliff face in Echo Valley, Philippines.

They are definitely closer to heaven than if they had they been buried six feet under!

For 2,000 years the Igorot people of Sagada in the Philippines have practised a unique ritual. It involves placing their deceased loved ones inside coffins that are attached to a near vertical cliff face in Echo Valley. 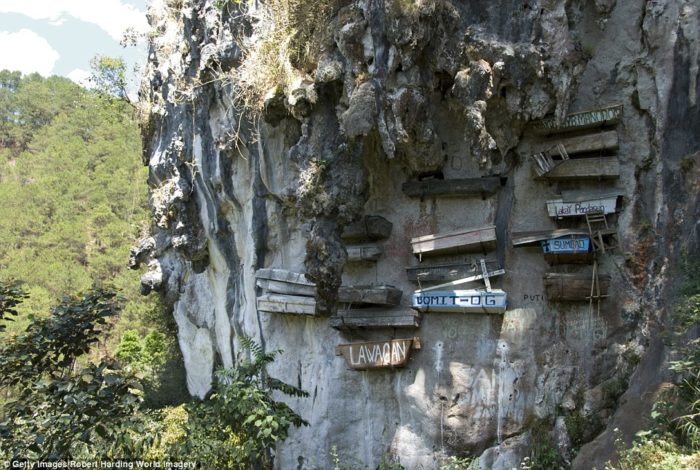 The Igorot people believed that this protected the dead from flooding and animals, blessed the soul for eternity and provided quicker passage to heaven. 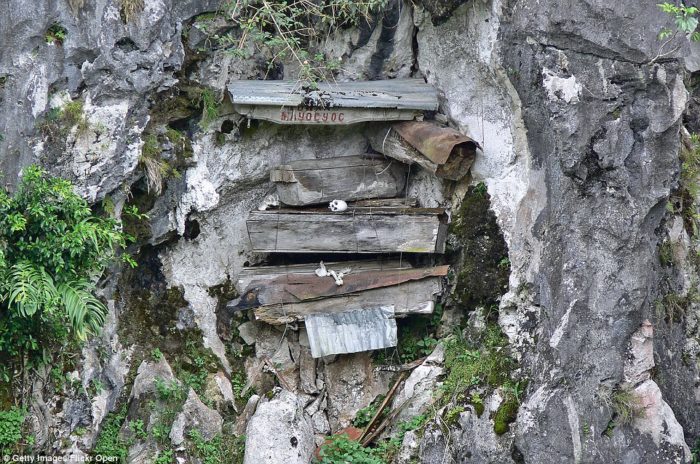 Because the original caskets were tiny in length – often just one metre long – relatives would have to break the bones of the dead to fit them inside. 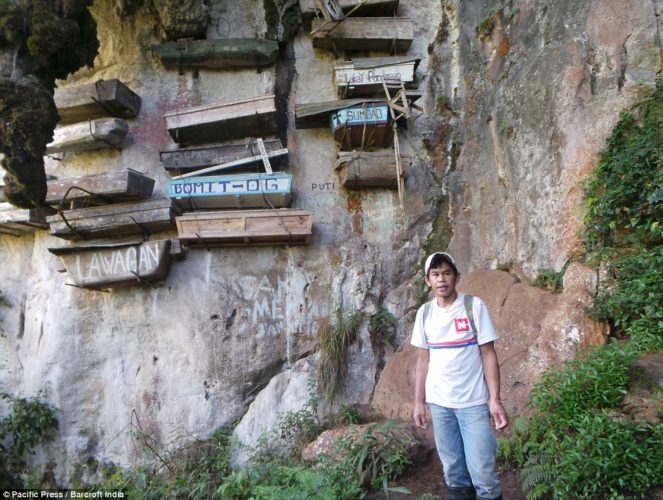 The wooden coffins were carved from a hollowed out log (often by the deceased themselves before they passed away) and hung or nailed on beams projecting outwards against a cliff or inside caves. 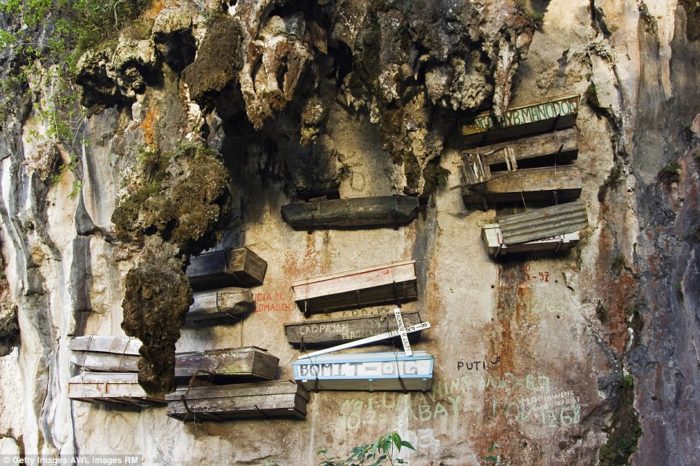 Though the tradition still plays out in some ancient communities, it is on a much smaller scale – and with larger coffins that don’t require the breaking of bones. 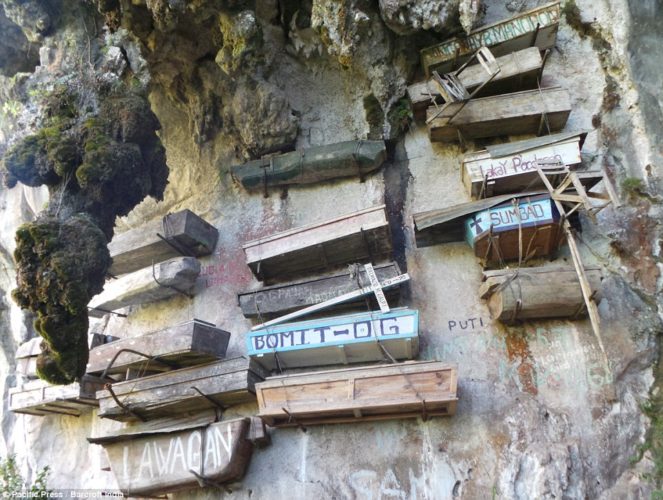 Eventually, many of the coffins and beams deteriorate and fall from their precarious positions but there are still some which are more than 100 years old.

Scattered among them are hanging chairs. These formed part of the complex death ritual where the deceased’s body would be placed in the days leading up to the hanging of the coffin for people to pay last respects to.

I think this mystery place is worth a visit!