Yes! There actually is a “planet x” out there somewhere according to the professionals!

Not one, but at least two mystery planets do lurk about in the far reaches of the solar system! 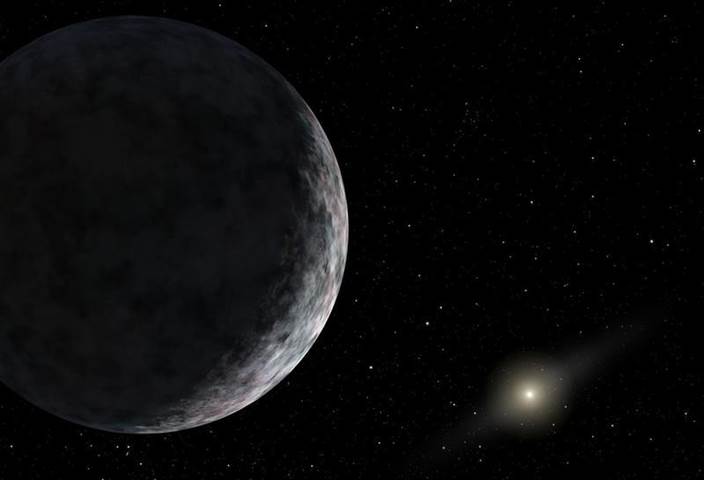 At least two planets larger than Earth likely lurk in the dark depths of space far beyond Pluto, just waiting to be discovered.

These space bodies have unexpected orbital parameters, which makes scientists believe that some invisible forces are altering the distribution of the orbital elements and thus that other unknown planets exist beyond Neptune and Pluto.

However, the exact number of these unknown planets is unclear. Calculations suggest that there are at least two planets, and probably more!

These undiscovered worlds would be more massive than Earth and would lie so far away from the sun that they’d be very difficult, if not impossible, to spot with current instruments.

After the mysterious pulse caught live in Australia, this is the second baffling space news in a week! I love it!

It’s Raining Plasma on the Sun

Oxygen: Another Gas Mystery on Mars

Happy Halloween from space: Collision of 2 galaxies looks like a ghost face staring at us

We Have Weighted the Tiny Neutrino