A rarely-seen sea serpent was discovered on June 1, 2015 on a beach on the western end of Santa Catalina Island.

The dead oarfish measures 17 feet! Is this death linked to the high seismicity measured in the area these days? 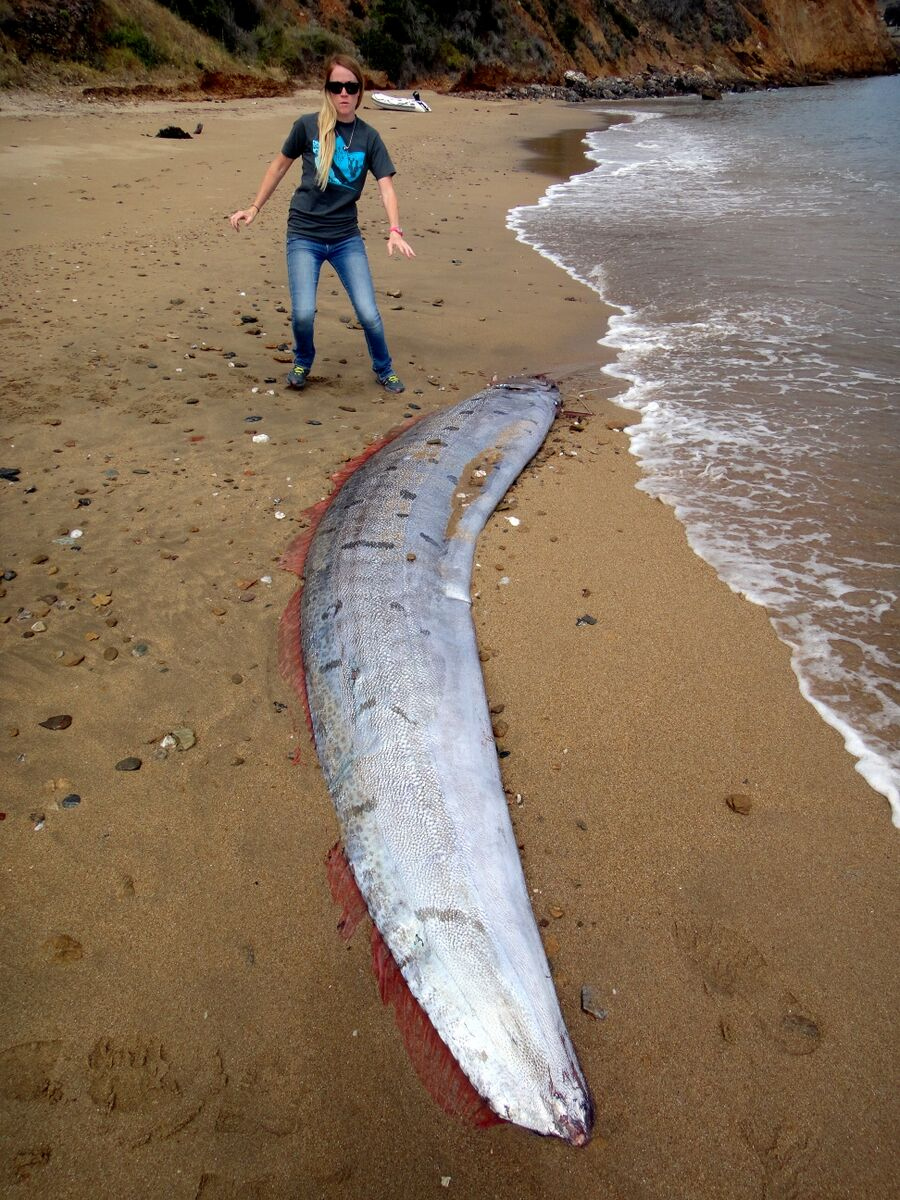 A rarely-seen oarfish or sea serpent was discovered Monday on a beach on the western end of Santa Catalina Island, off Sandy Beach. 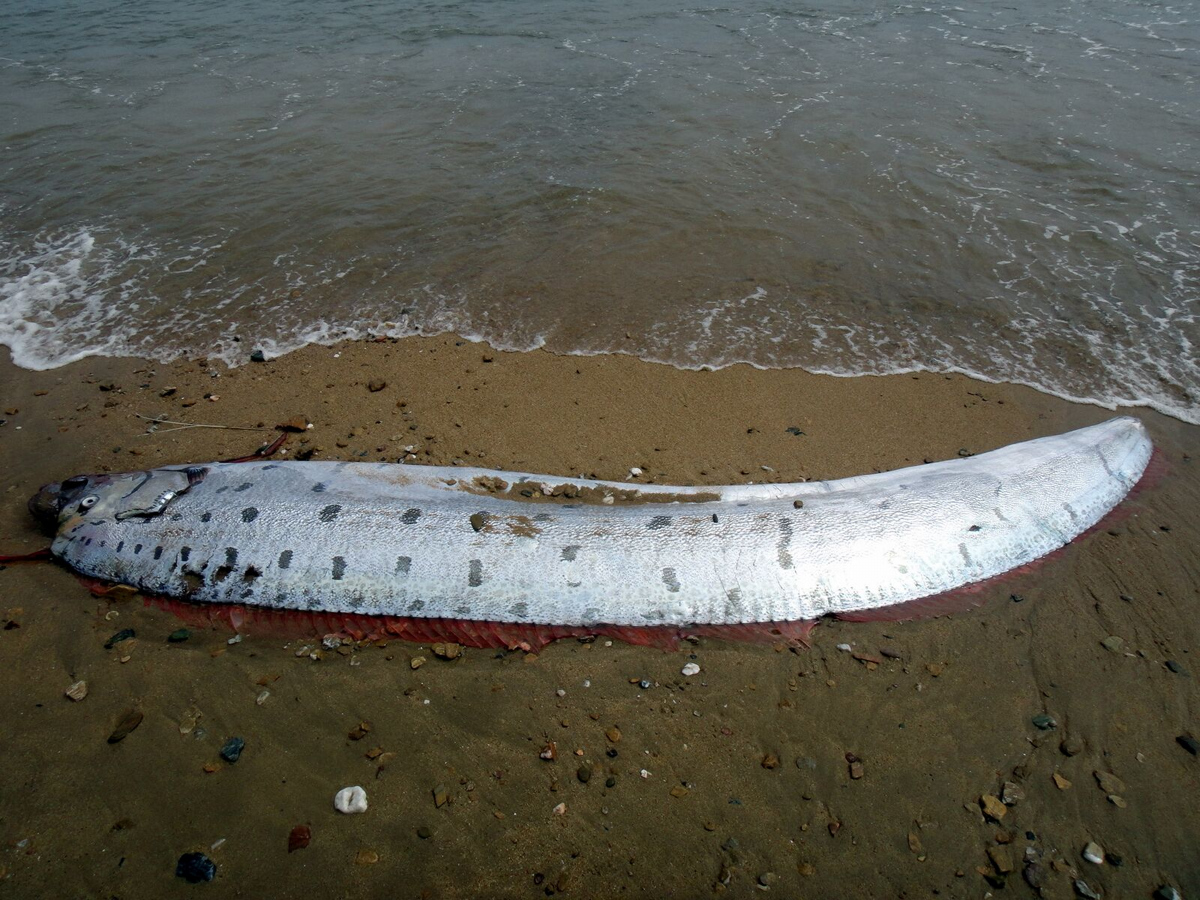 It is still unknown why the fish died and ended up near the beach. Oarfish live in depths of 700 to 3,000 feet, and are capable of growing up to 50 feet long. 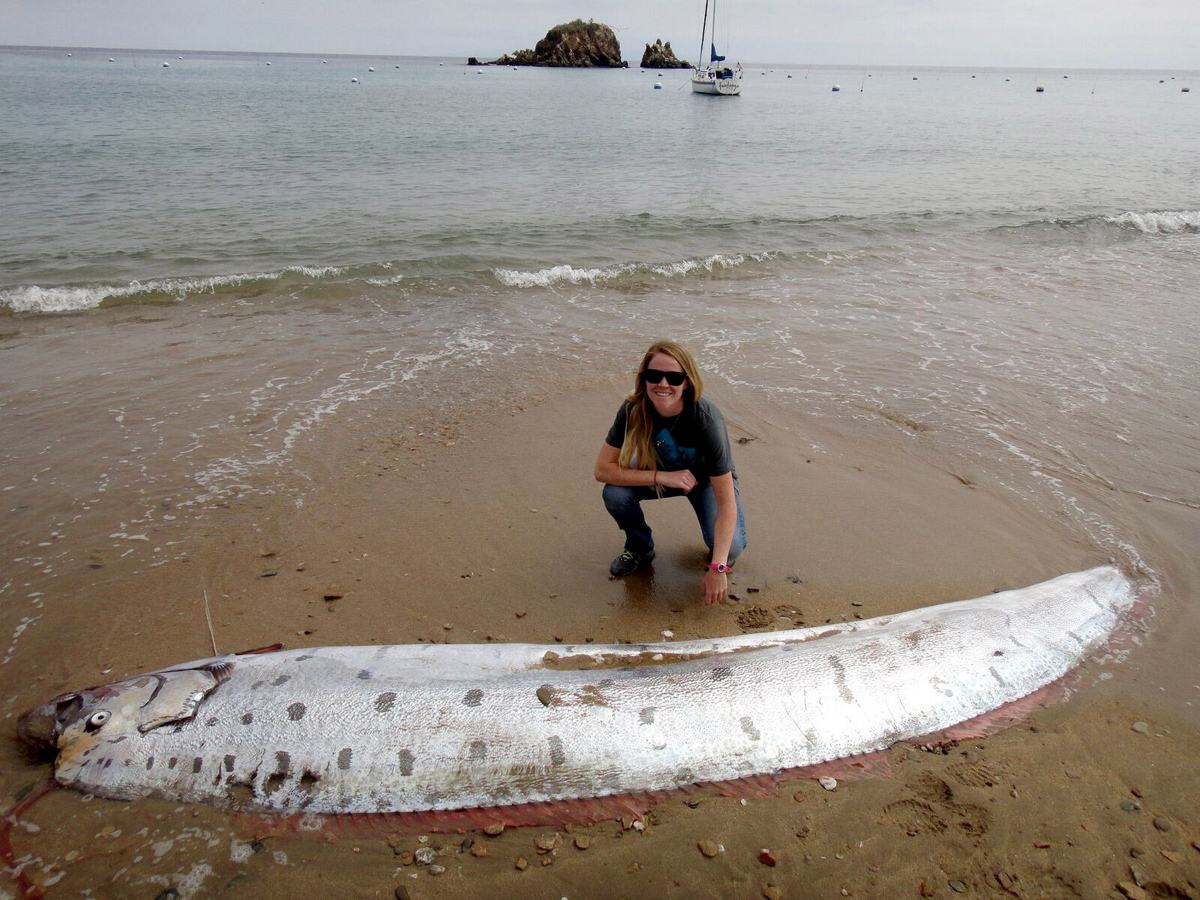 The giant oarfish was donated to several organizations for scientific research.

Is the sea serpent a sign of an impending earthquake? Or the result of the enhanced seismic activity presently going on along the US West coast?

Shortly before the 2011 Tohoku earthquake and tsunami struck Japan, about 20 oarfish stranded themselves on beaches in the area. 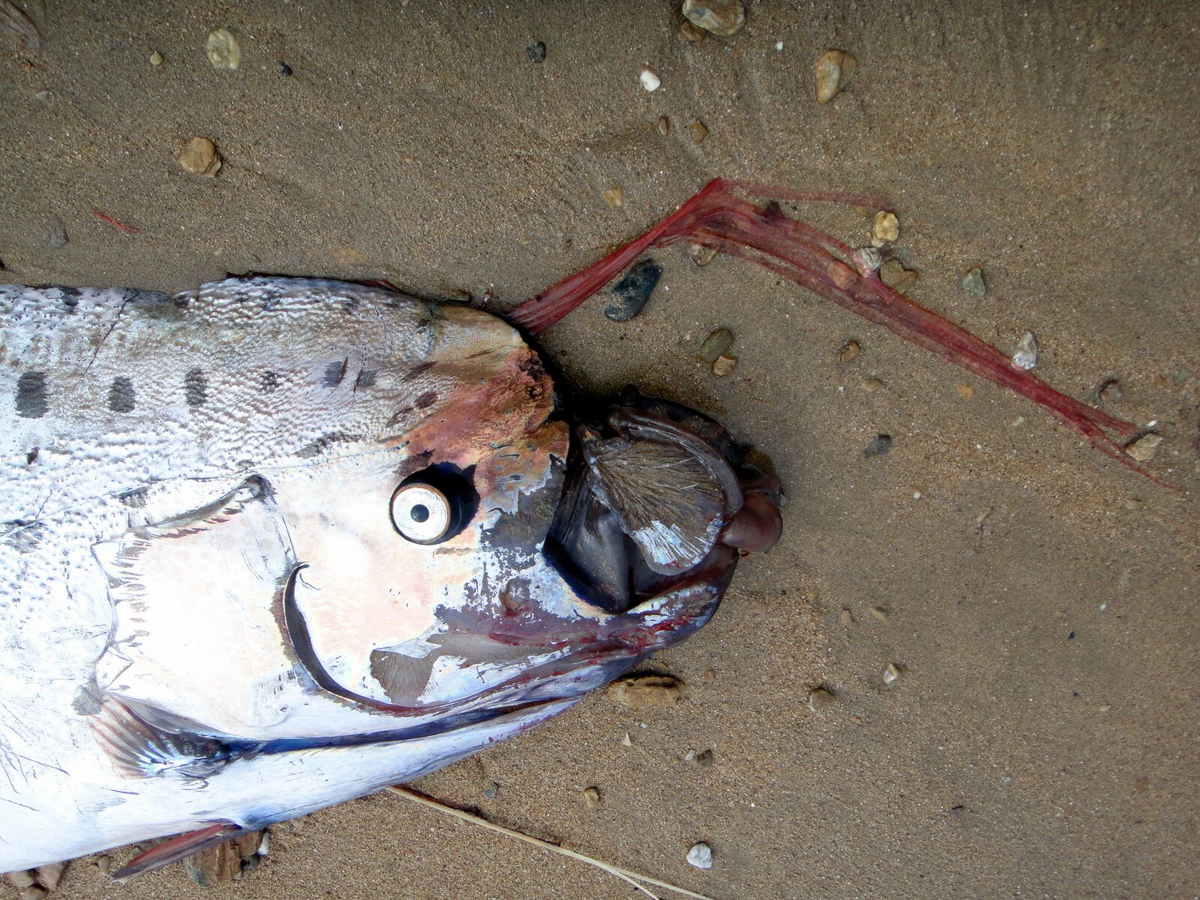 Morover, the oarfish is known in Japan as ryugu no tsukai or the messenger from the sea god’s palace. 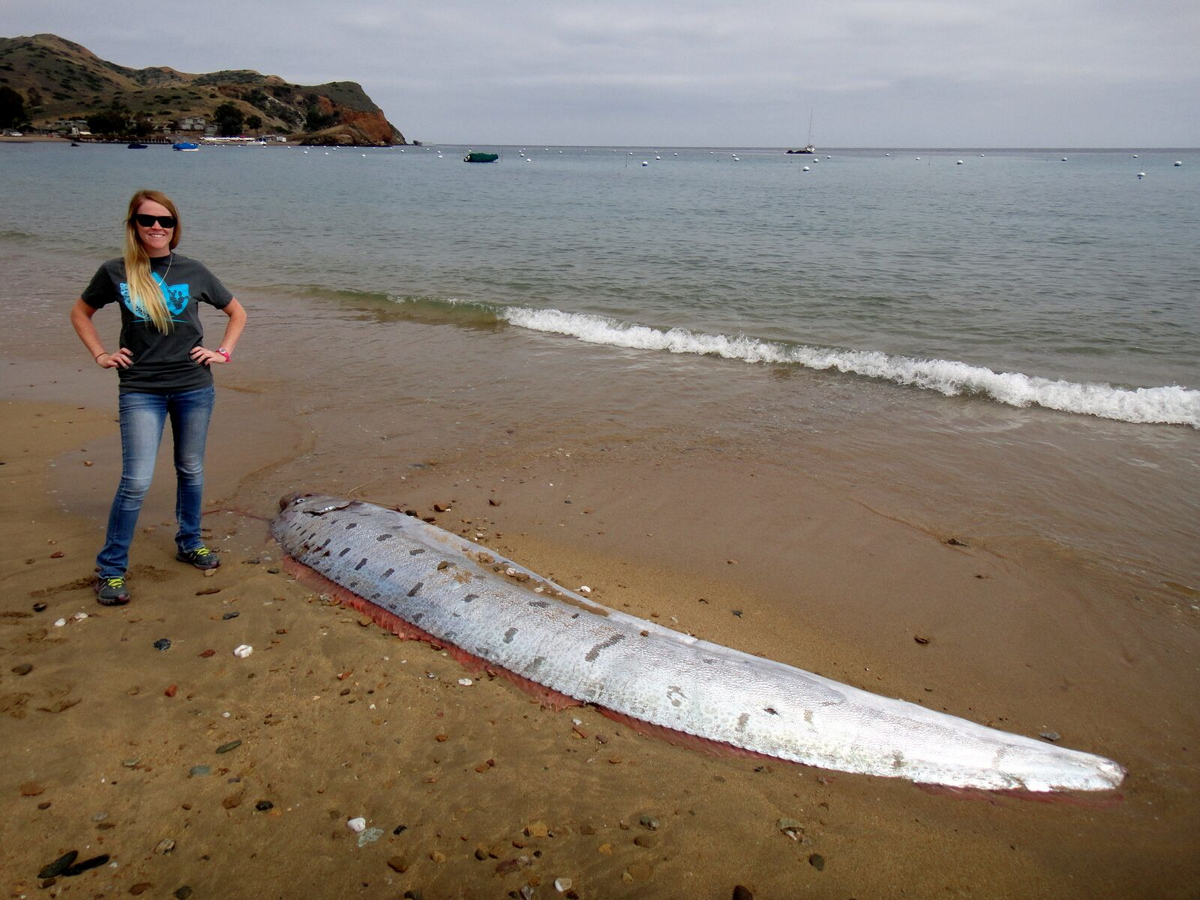 Dozens of the deep-sea denizens were discovered by Japanese fishermen around the time a powerful 8.8-magnitude earthquake struck Chile in March 2010. 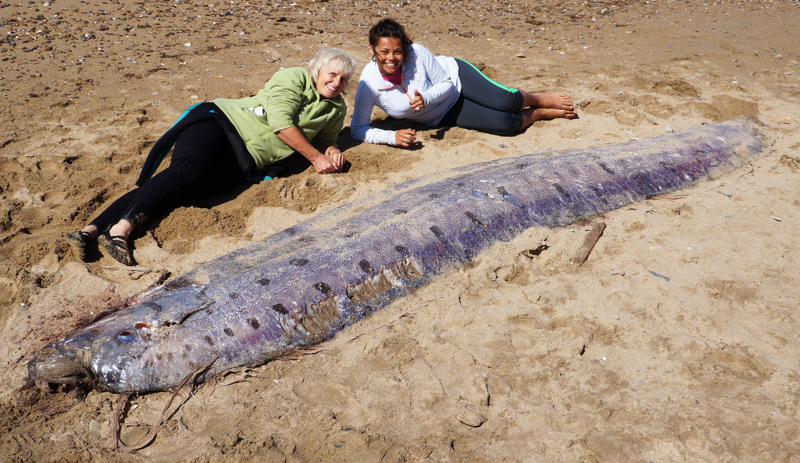 Deep-sea fish living near the sea bottom are more sensitive to the movements of active faults than those near the surface of the sea. 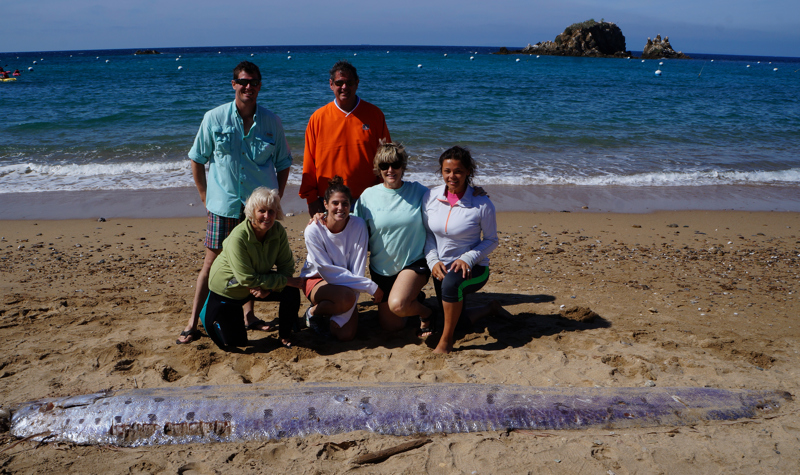 So do you think this oarfish stranding is linked to the increasing seismic activity recorded on the West coast of the USA?