A triple sunrise has been spotted in northern Russia on November 6, 2015.

The three suns phenomenon – known as a ‘sundog’ or ‘phantom sun’ – is created by the presence of tiny ice crystals in the air. Magical. 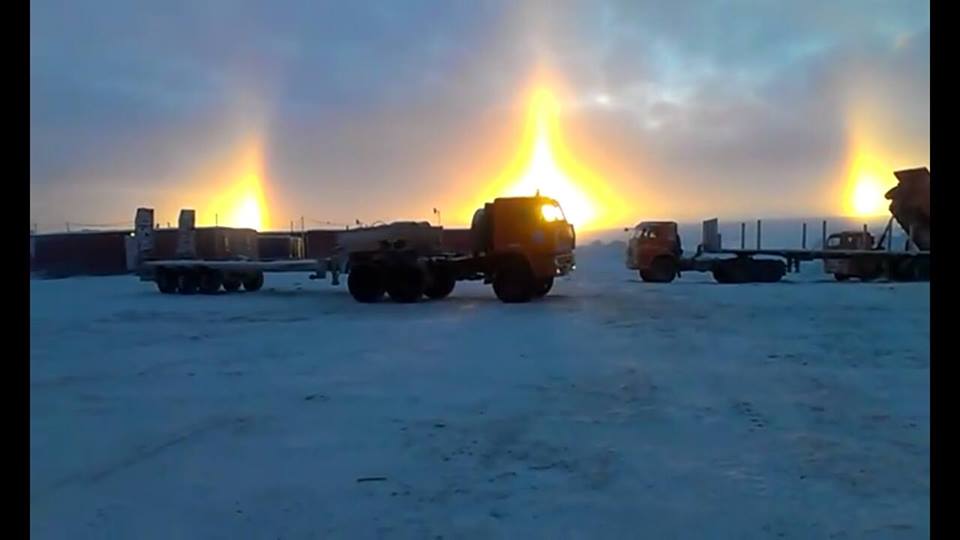 Could you imagine that waking up in the morning to what appeared to be three separate suns on the horizon? 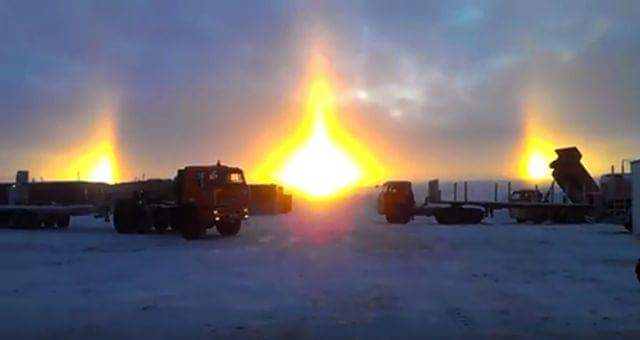 The ice crystals are too small to be seen with the naked eye. 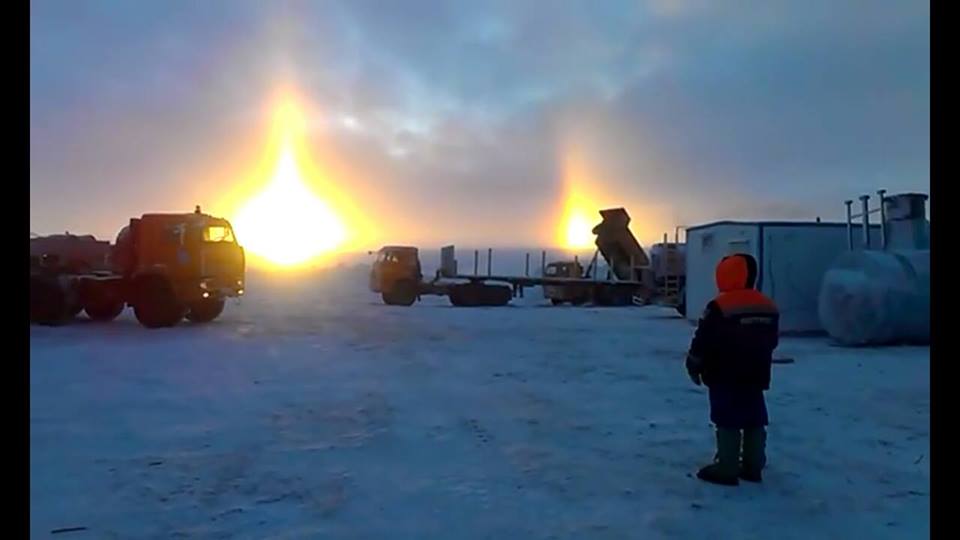 However they refract the sunlight resulting in three brightly burning suns. 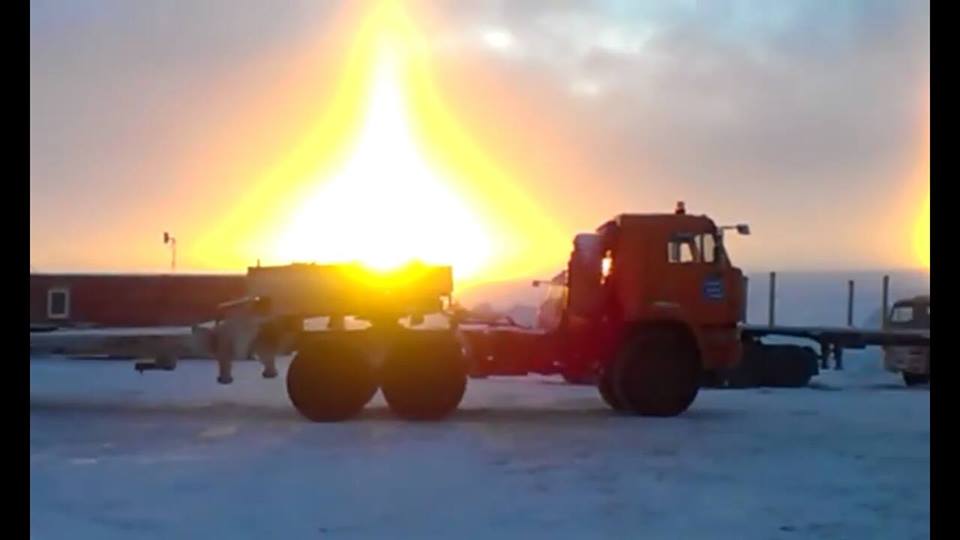 According to the video, this phenomenal optical illusion was captured on November 6, 2015.

Thank you nature for this eerie halo effect.