A fisherman found a 3.7-meter (12.1 feet) giant squid swimming beneath fishing boats docked at the Mizuhashi Fisherina in Toyama prefecture on the morning of Dec. 24.

The rare giant squid was captured on video on the cost of the Sea of Japan. 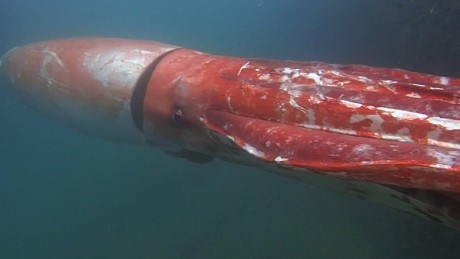 This is the first time a giant squid was seen live at the Mizuhashi Fisherina, as the water depth is only about 2.5 to 3 meters. 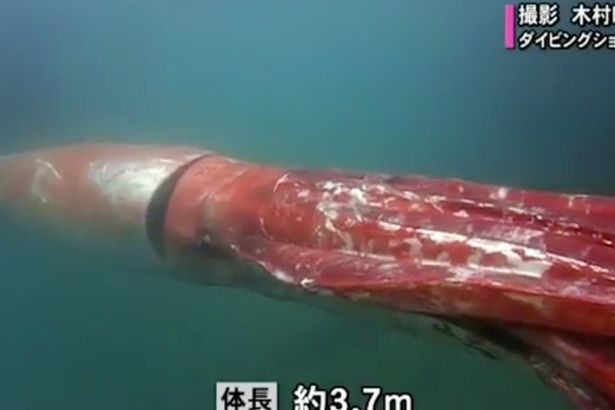 The squid stayed inside the marina for several hours, at times swimming alongside divers and was led toward the open ocean later in the day. 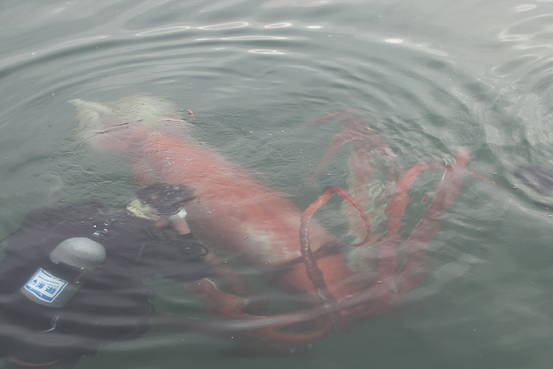 A little more than a dozen giant squids captured in the Toyama Bay since the beginning of the year, but all were dead or nearly dead when they were caught in the fishing nets.

Although the ones caught in fishing nets are mostly dead and their colors have already turned white, the body of the giant squid swimming inside the marina was red. 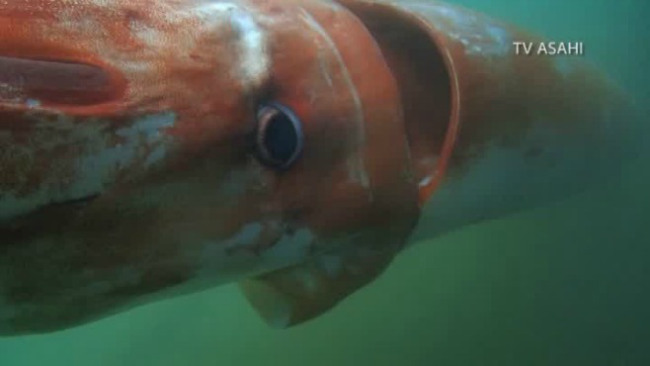 Giant squids are known to live 650 meters to 900 meters below sea level. 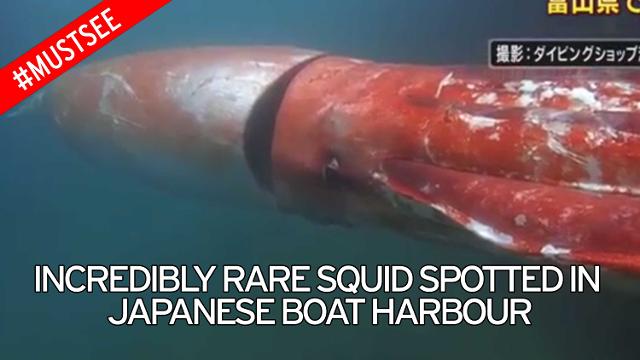 It’s unclear why the giant squid wandered into the marina since the weather and sea conditions were fair.