A cataclysmic tornado in Jiangsu province has destroyed buildings, left roads blocked and killed at least 78 people near Yancheng, China.

Nearly 500 people were injured, 200 of them critically, when the storm hit a densely populated area of farms and factories. 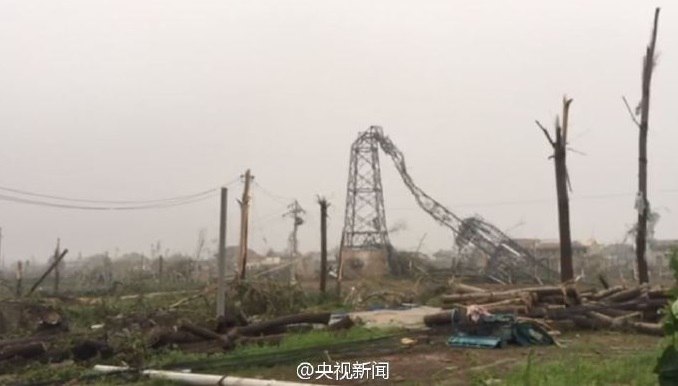 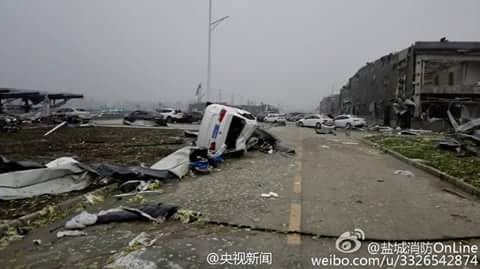 Pictures and videos show people carrying the injured to hospitals, cars and trucks lying upside down, streetlamps snapped in half and electricity pylons crumpled and lying on their side. 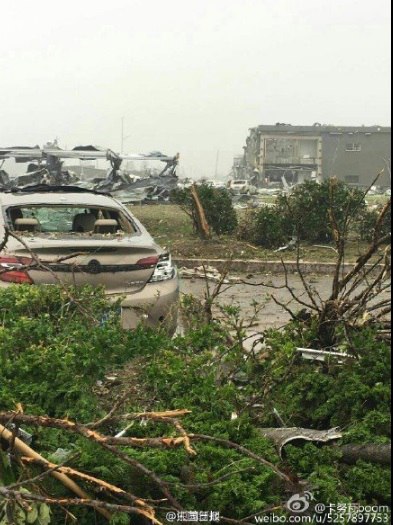 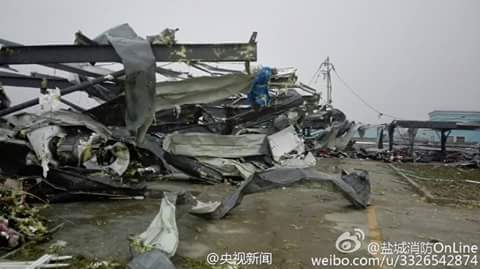 Power and telephone communications were knocked out over a broad area and roads were blocked. 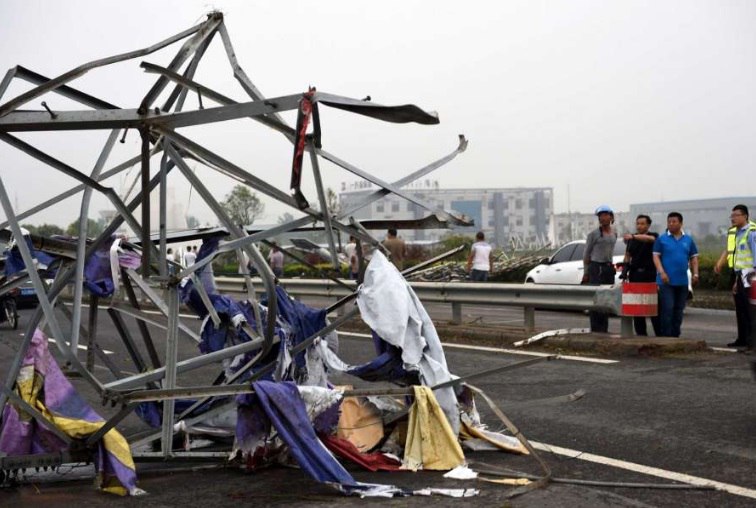 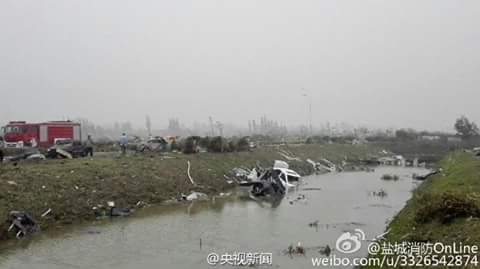 People report: “I heard the gales and ran upstairs to shut the windows. I had hardly reached the top of the stairs when I heard a boom and saw the entire wall with the windows on it torn away.” 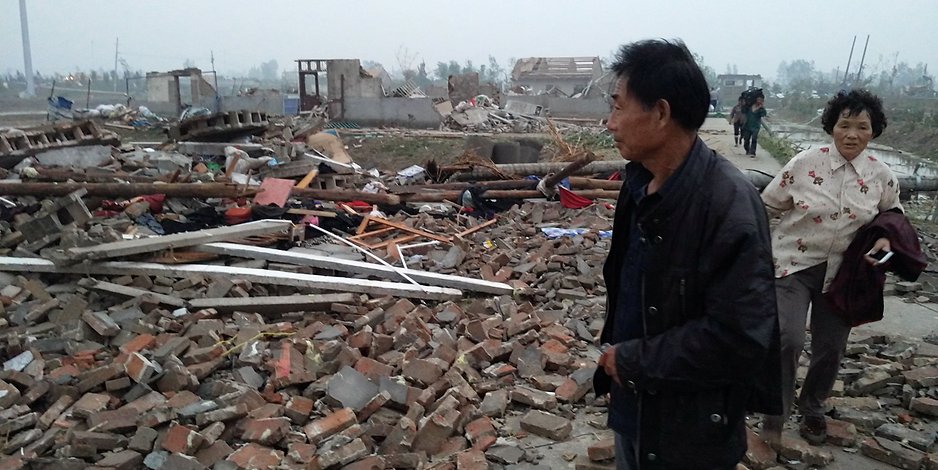 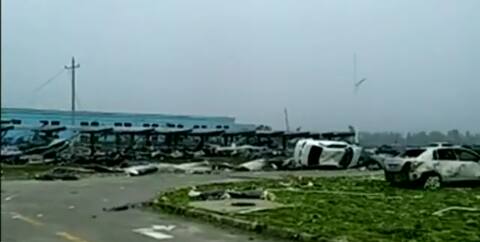 The neighbourhood is transformed into a wasteland. 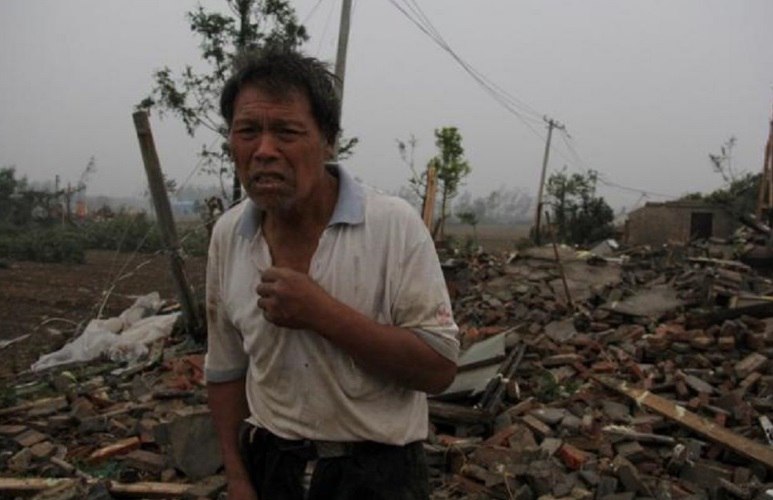 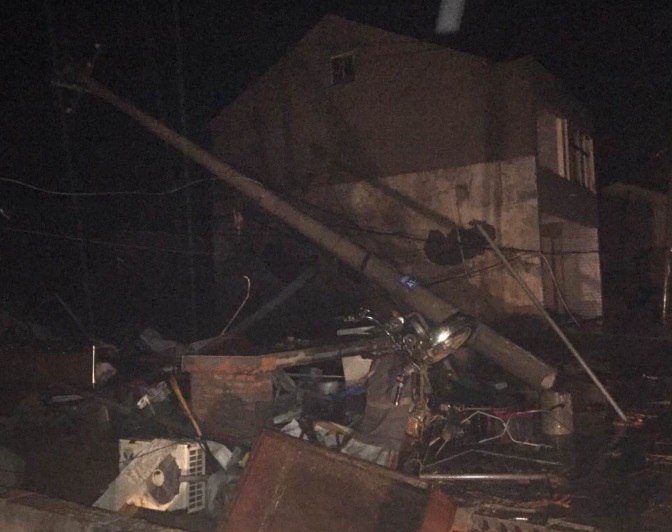 Here a first video of this devastating tornado. Apocalpytical!

The reports said the tornado struck at about around 2.30pm. 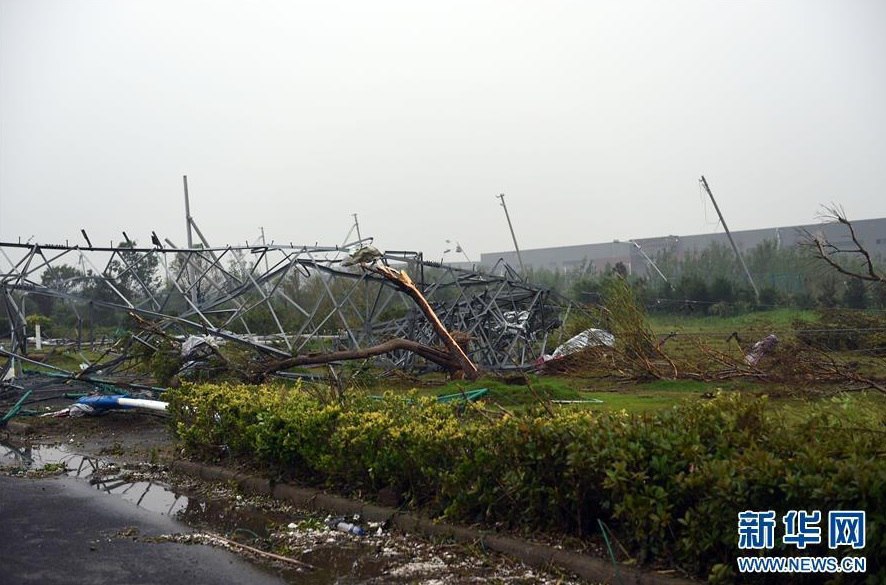 It hit Funing and Sheyang counties hardest, with winds of up to 78 mph (125 kmh). 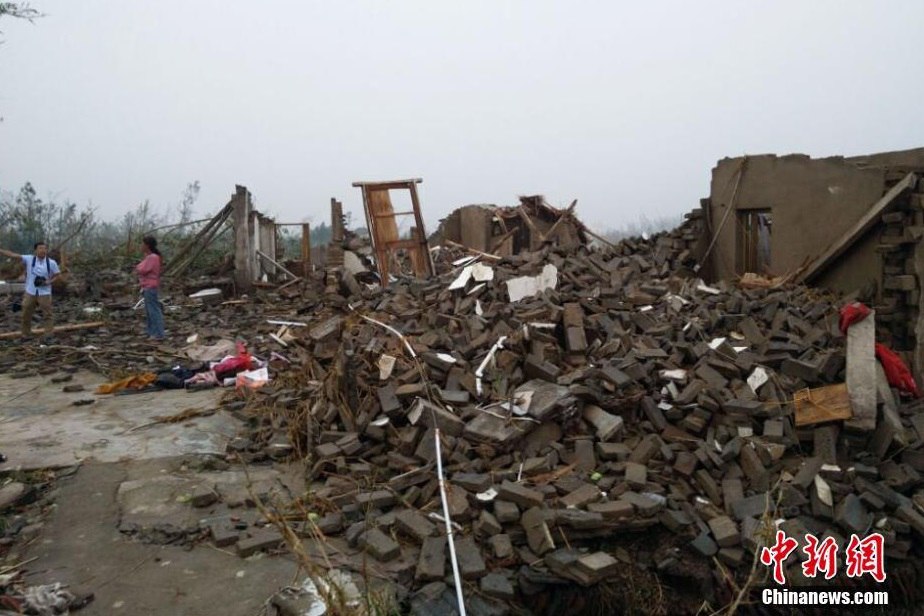 And they wanted to beat the wind. Forget it!

Tornados occasionally strike southern China during the summer months but rarely cause such levels of death and destruction. 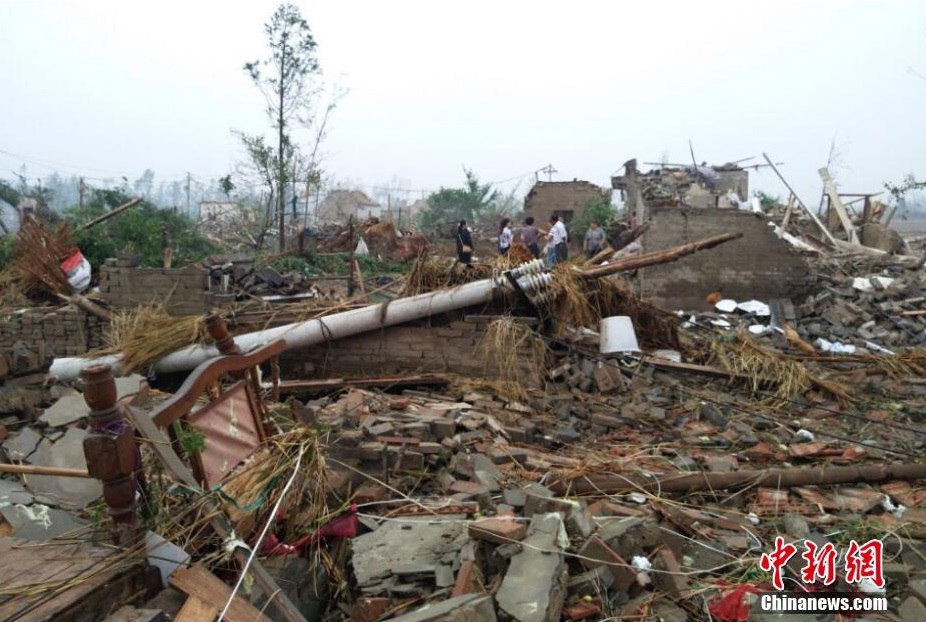 Monsoon season runs from May to July, and this year’s has been particularly wet. 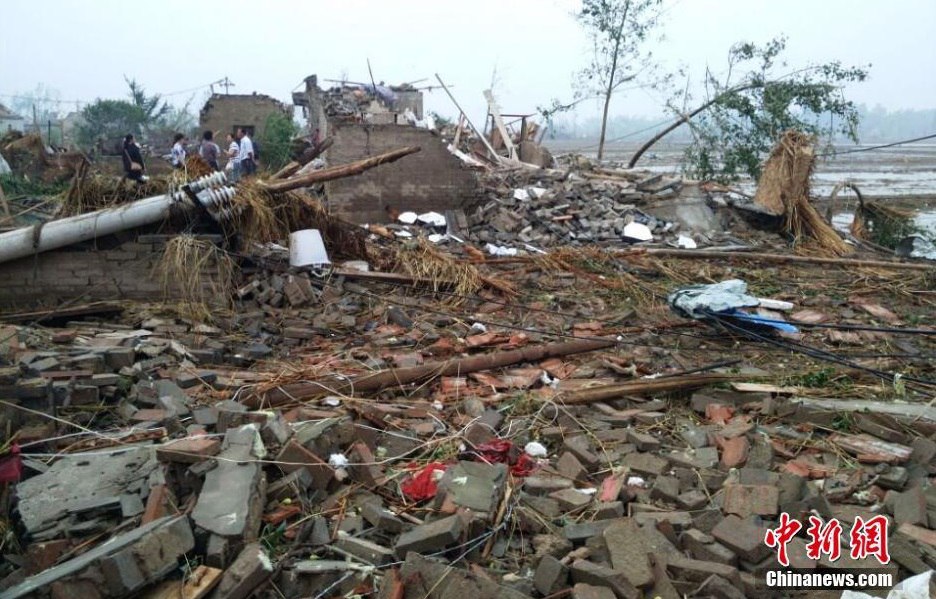 Water levels in some rivers have exceeded those of 1998, when China was hit by floods that affected 180 million people.