The U.S. Coast Guard is investigating an unknown sheen on Lake Ontario, found near the Fitzpatrick Nuclear Power Plant in Scriba.

A temporary safety zone extending two miles to the north, east and west of the power plant has been established. 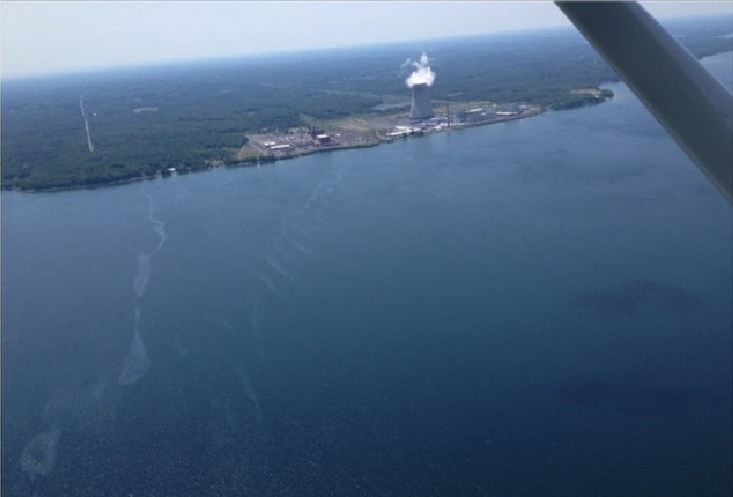 Meanwhile nobody knows what this substance is and the cause of the spill.

A boat crew from the Oswego station, ten miles to the southwest, took samples of the sheen while another Coast Guard unit established a “temporary safety zone”.

Officials responded Sunday to a report of a sheen in Lake Ontario near the Fitzpatrick Nuclear Power Plant in Scriba, New York, about 40 miles north of Syracuse.

A Coast Guard Auxiliary air crew had noticed it during a flight and reported it. The cause is unknown.

It is still unknown how long the safety zone will be in place.