In a slew of hail and heavy rains, Tillamook County saw its first tornado touchdown in nearly 20 years on October 14, 2016.

The rotating cell made landfall after forming off the coast, roaring its way onshore through Manzanita in dramatic fashion for onlookers who’ve likely never seen anything like it. 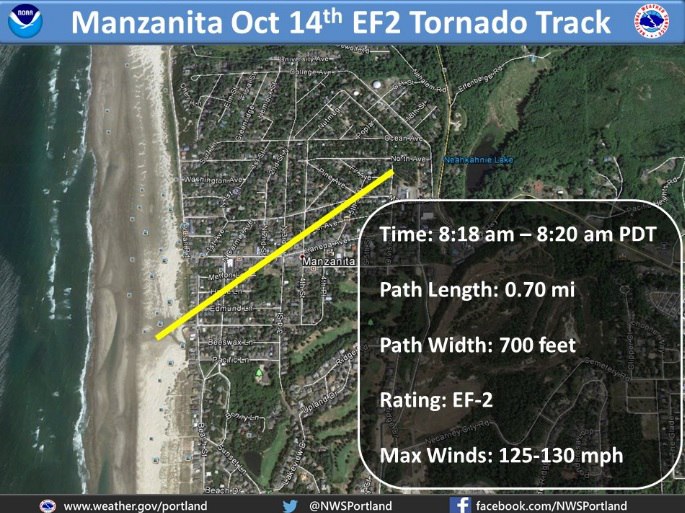 Homes lost their roofs, porches ended up totally flipped over by uprooted trees. 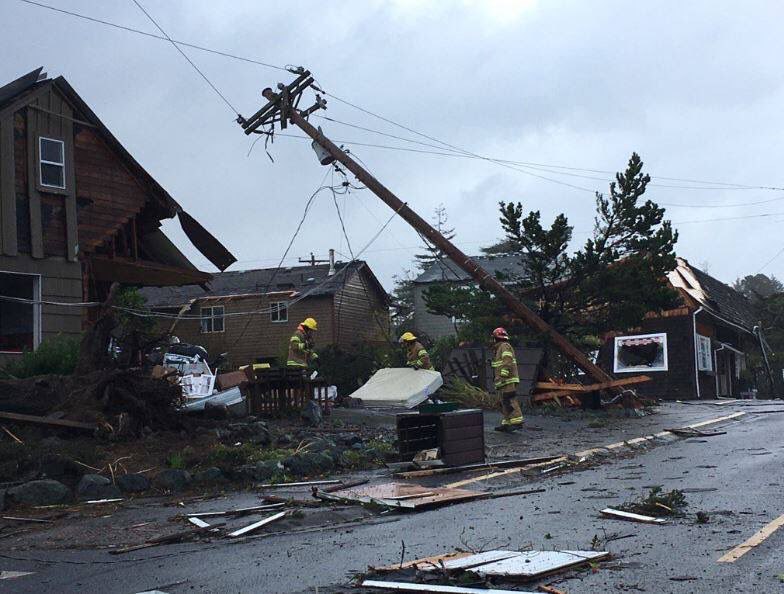 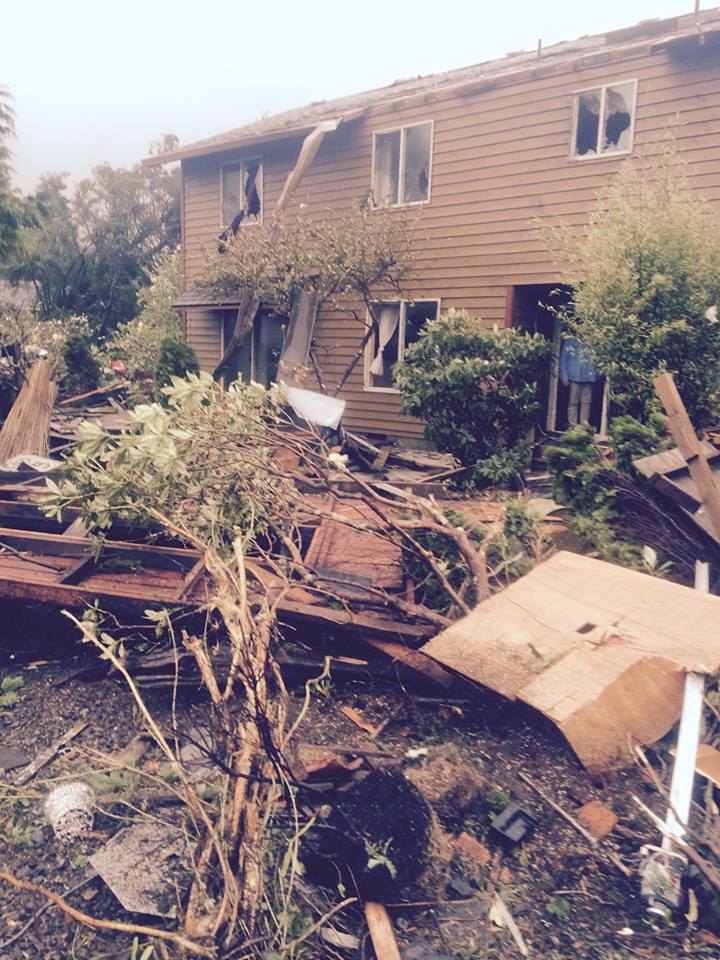 Debris were flying everywhere as extremely rare tornado touched down in Manzanita, Oregon.

Oregon tornadoes aren’t unheard of, but they’re certainly rare. This is just the third reported tornado-producing storm in Tillamook County’s history, dating back to 1950. 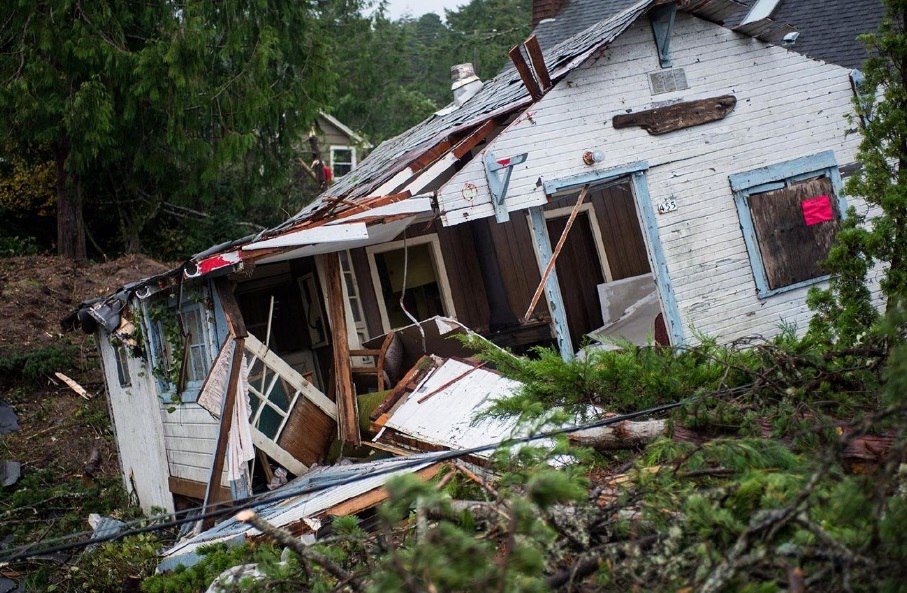 The state of Oregon has seen 106 tornadoes since 1950, but only four of these tornadoes were rated higher than F1 of the Fujita Scale. 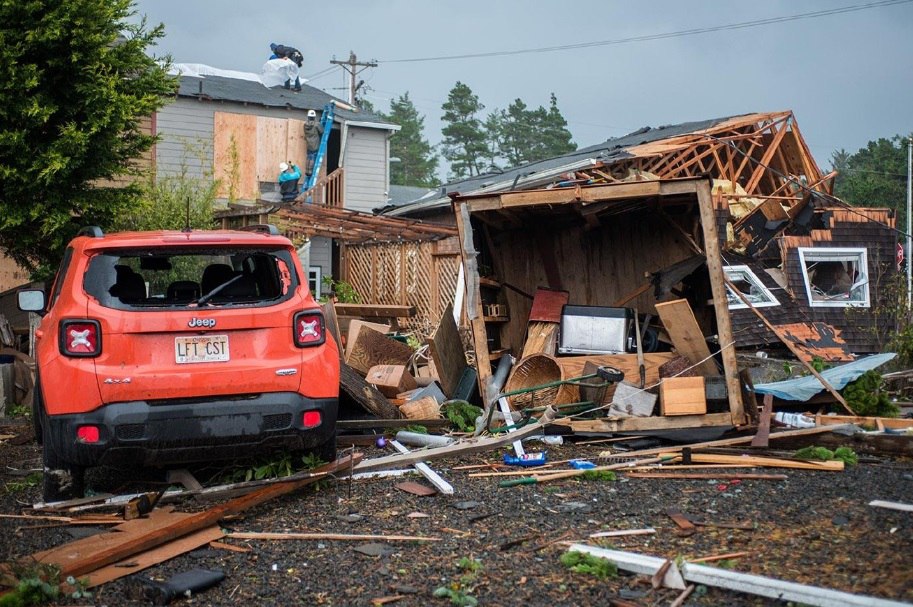 Just one tornado in the state’s records caused enough damage to receive an F3 rating, and that tornado was responsible for all six recorded tornado deaths in Oregon history. 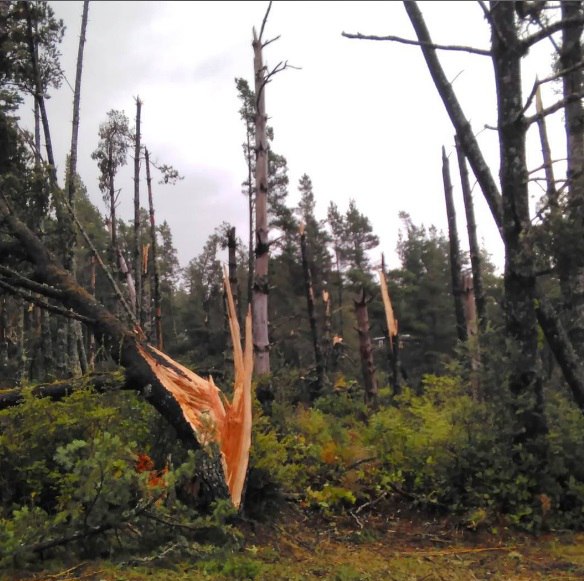 Friday’s Manzanita tornado will likely be part of a historic series of storms. Looking ahead to a weekend of typhoon-fueled rains and wind gusts pushing 90 mph. This community will be forced to hunker down or evacuate for an even stronger round two rolling in Saturday morning.