This bizarre footage has emerged from China showing a sheep born with six feet.

The mutant animal – the only one of four sheep to survive birth – was caught on camera in Jinan, Shandong Province last Wednesday, with three feet growing out of the front left leg.

Four sheep were recently born to a mother in the village but three died, leaving only this one which was born with the deformity. 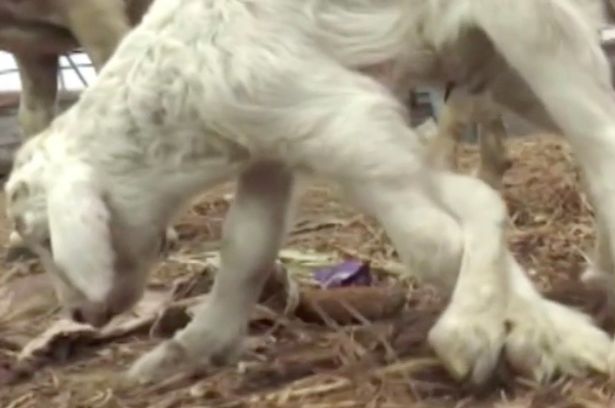 Last month, footage emerged online showing a ‘mutant’ pig born in China. The creature appears to have a human face.

Last year, a farmer claimed he was inundated with cash offers after photos of a similar mutant pig belonging to him went viral.

What going in China right now. Are these tests or pollution related mutations?