A huge sinkhole – about 50ft by 30ft wide – swallowed up the back gardens of two houses on Ripon’s Magdalen’s Road on November 9, 2016.

Fire crews evacuated 7 homes at about 22:30, leaving residents concerned about the future.

Fire crews were called to the street at 22:30 GMT on Wednesday, where they found a hole measuring about 20m (66ft) by 10m (33ft). The hole appeared in the back gardens of two homes on Magdalen’s Road, Ripon. It is estimated to be about 9m (30ft) deep. 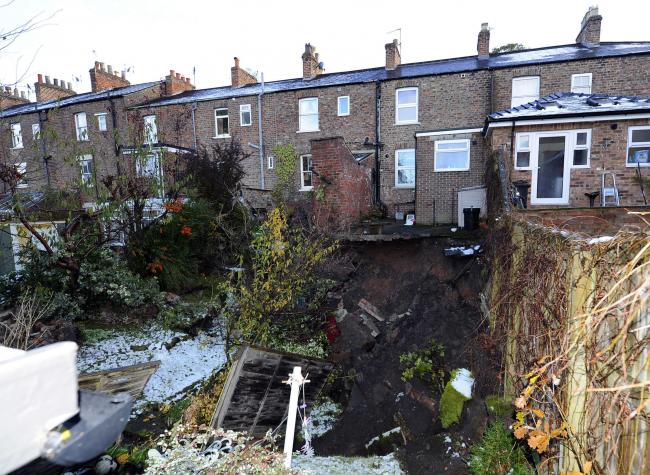 No injuries have been reported. But the houses are likely to be structurally unsafe for some time. Residents of four of the affected homes would not be able to return to their properties any time soon. Some may even be officially homeless. 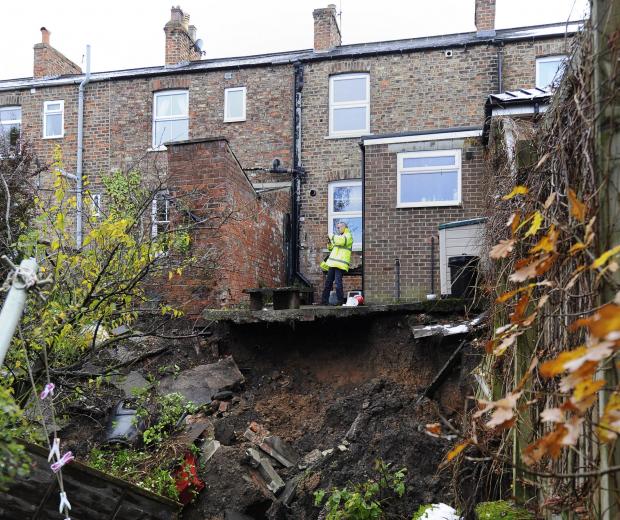 Frances O’Neil explains she was just going to go down the steps that lead to her garden and realised there were no steps and the ground was moving.

Another resident, who lives in the other affected house reports it sounded like a little landslip. Outside, it was all dusty and a real mess. It’s quite traumatic. He added: “The fire brigade and contractors were saying that it’s likely to be structurally unsafe for a period of time, so we would need to move out. We might even be officially homeless.” 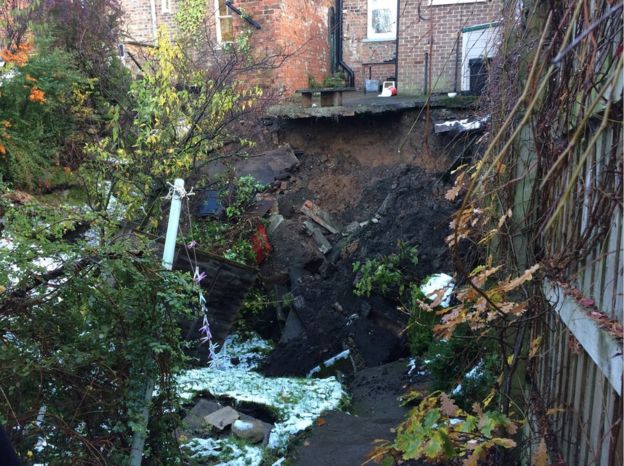 The British Geological Survey said Ripon lies in one of the most prone areas of the UK for sinkholes because of its “Permian gypsum deposits”, which can dissolve more quickly than surrounding limestone.

So, it’s not the first time a sinkhole opens up there… Although this particular sinkhole does appear to be quite enormous.