The wheat outlook looks grim… All over the world… 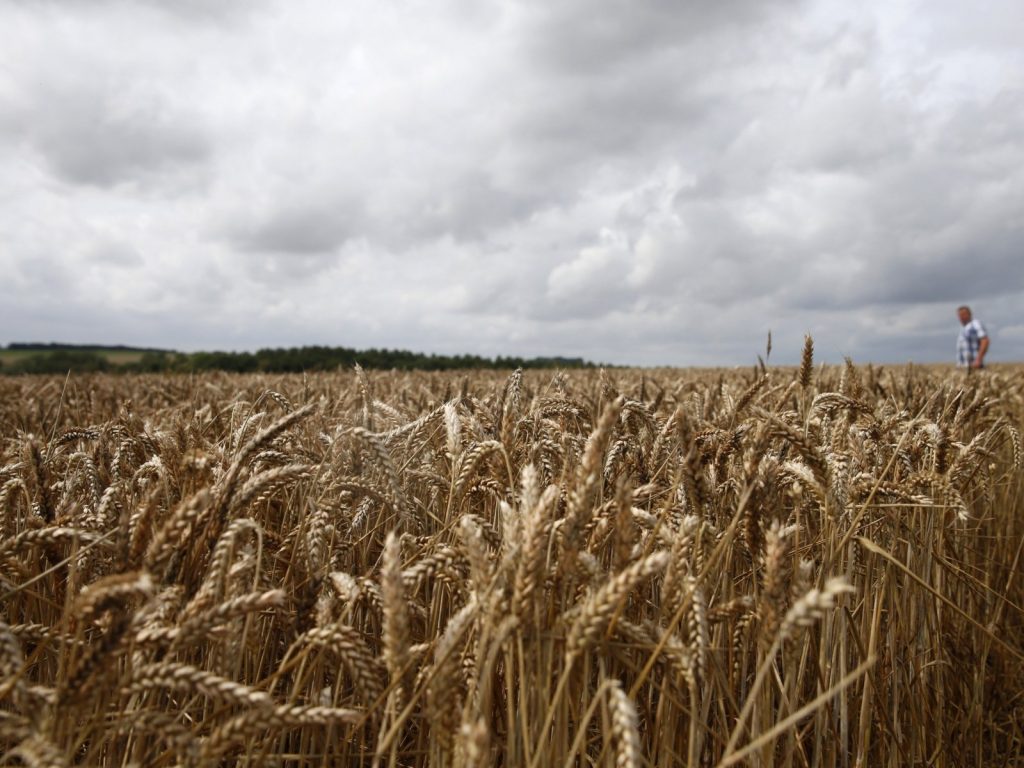 Wheat Crop Down in USA

The results of the disastrous harvest are still being felt months later. A limited supply of soft white wheat, the primary type of wheat grown in the Inland Northwest, has helped lead to a six-year low for wheat exports from the United States.

That’s according to the USDA wheat report for February. The report also states that 71 percent of U.S. winter wheat is being hit by drought in 2022. Drought is one of many factors impacting local farmers, including rising supply costs and unstable global wheat markets thanks to the war in Ukraine. Here a link.

[…] With the outbreak of the Russia-Ukraine war on Feb. 24, 2022, Egypt’s food security crisis now poses an existential threat to its economy. The fragile state of Egypt’s food security stems from the agricultural sector’s inability to produce enough cereal grains, especially wheat, and oilseeds to meet even half of the country’s domestic demand.

Cairo relies on large volumes of heavily subsidized imports to ensure sufficient as well as affordable supplies of bread and vegetable oil for its 105 million citizens. Securing those supplies has led Egypt to become the world’s largest importer of wheat and among the world’s top 10 importers of sunflower oil.

In 2021, Cairo was already facing down food inflation levels not seen since the Arab Spring civil unrest a decade earlier that toppled the government of former President Hosni Mubarak. After eight years of working assiduously to put Egypt’s economic house back in order, the government of President Abdel-Fattah el-Sisi is now similarly vulnerable to skyrocketing food costs that are reaching budget-breaking levels.

The Russia-Ukraine war catapulted prices to unsustainable levels for Egypt, increasing the price of wheat by an additional 44% and that of sunflower oil by 32% virtually overnight. Even more troublesome, the war also threatens Egypt’s physical supply itself since 85% of its wheat comes from Russia and Ukraine, as does 73% of its sunflower oil.

With activity at Ukraine’s ports at a complete standstill, Egypt already needs to find alternative suppliers. A further escalation that stops all Black Sea exports could also take Russian supplies off the market with catastrophic effect.

With about four months of wheat reserves, Egypt can meet the challenge, but to do so, Cairo will need to take immediate and decisive action, which can be made even more effective with the timely support of its American and European partners. Here a link…

China’s Winter Wheat Could Be Worst in History

Speaking to reporters on the sidelines of the country’s annual parliament meeting, Minister of Agriculture and Rural Affairs Tang Renjian said that rare heavy rainfall last year delayed the planting of about one-third of the normal wheat acreage.

A survey of the winter wheat crop taken before the start of winter found that the amount of first- and second-grade crop was down by more than 20 percentage points, Tang said.

“Not long ago we went to the grassroots to do a survey and many farming experts and technicians told us that crop conditions this year could be the worst in history,” he said. “This year’s grain production indeed faces huge difficulties.”

The minister’s comments underscore concerns about China’s grain supply at the same time as the war between Russia and Ukraine, which together account for about 29per cent of global wheat exports, has disrupted supplies causing wheat prices to surge to 14-year highs.

However, Tang is confident China can ensure a bumper harvest of summer grain thanks to strong policy and technical support and the improving crop condition for the grain.

Fuelled by the Ukraine crisis, wheat prices in China soared to a record this week on existing domestic supply worries. Here a link…

Drought has shriveled Canada’s wheat crop to its smallest in 14 years, and its canola harvest to a nine-year low, a government report showed on Monday.

Parched soils and record-hot temperatures in Canada’s western crop belt sharply reduced farm yields of one of the world’s biggest wheat-exporting countries and largest canola-growing nation. The drought has forced millers and bakers to pay more for spring wheat, and drove canola prices to record highs.

Wheat ranks third among U.S. field crops in planted acreage, production, and gross farm receipts—behind corn and soybeans. In marketing year 2021/22, U.S. farmers produced a total of 1.6 billion bushels of winter, durum, and other spring wheat from a harvested area of 37.2 million acres.

U.S. winter wheat planted area for 2022/23 is projected at 34.4 million acres, up 2 percent from the previous year. The general downward trend in wheat plantings over the last two decades is attributable to lower relative returns for wheat, changes in Government programs that give farmers more planting flexibility, and increased competition in global wheat markets. However, wheat area increased slightly in the last two seasons as elevated prices have provided an incentive to plant additional wheat.

Meanwhile, China is stockpiling and buying everything they can… They had of course massive flooding in their bread basket region over the past few years. Also, the Chinese understand much better than the West that famine will cause social unrest and a challenge to their authority…

This will not end well. So many people are completely oblivious… Be ready!