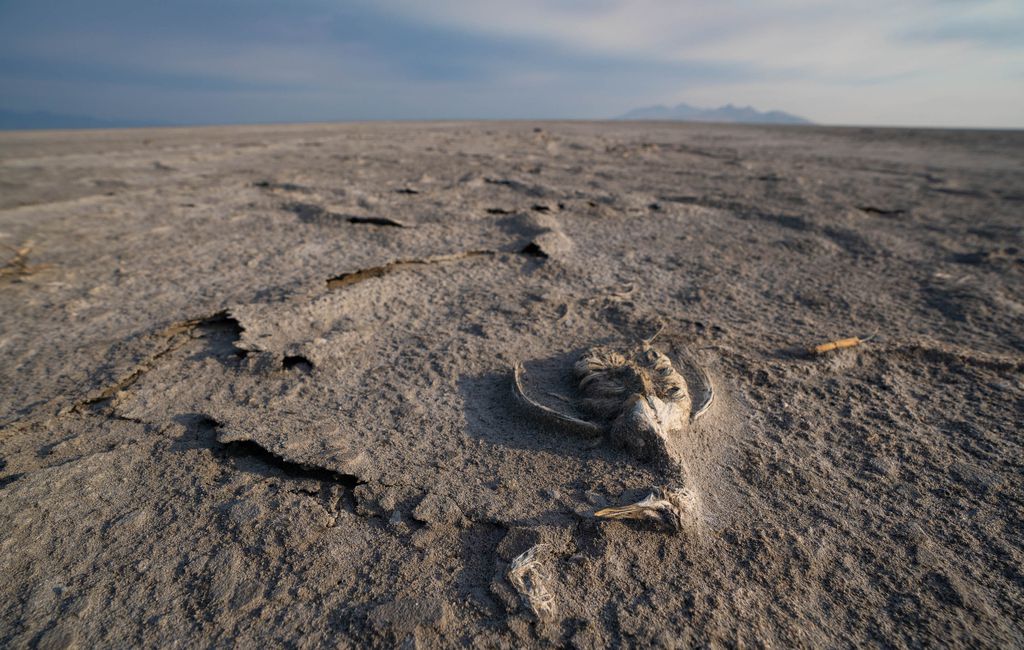 Mark Wintch relies on a spring to run his ranching and farming operation in a remote section of Utah’s Beaver County in a place called Wah Wah Valley.

The spring feeds his hydroelectric plant that supplies energy to his home and irrigation pivots on land his great-grandfather homesteaded in the late 1800s.

“We have shed blood, sweat and tears for over 100 years to build something out here,” he says.

This is dry country, with this particular swath of Utah locked in extreme or severe drought.

“We’re at ground zero for the drought,” Wintch said. “Water is gold. That was the real gold rush of the West — water, in my opinion.”

Wintch fears his family legacy will dry up if a proposed groundwater pumping project gets federal approval to proceed.

“I’m immensely concerned,” he said. “The spring is my everything.”

Running out of water

Neighboring Iron County in southwestern Utah is immensely concerned as well, hoping to rectify a dire water shortage for its residents that is setting the blueprint for a western desert conflict by going after water in Beaver County, where it secured water rights from the Utah state engineer.

“Our water situation is pretty serious,” said Brent Hunter, chairman of the Central Iron County Water Conservancy District, adding that if the district does not get more water, practically every acre of agricultural land will dry up in the future.

Like Wintch, Hunter farms alfalfa on land that has become increasingly challenged by drought, which is unleashing a new intensity of water conflict in the West.

The district is operating in an annual water supply deficit of 7,000 acre feet, and the extremely arid conditions are making it worse.

It wants to tap groundwater supplies from 10 production wells on federally managed land — in Beaver County’s Pine Valley — which is just over the hill from Wintch’s place. At some point, the district could also move into Millard County for water there.

“You just don’t go file on a neighboring county’s resource,” complained Beaver County Commissioner Mark Whitney. “You can have all the water rights in the world, but if the resource isn’t there, it isn’t there.”

An ‘existential’ crisis in the West

A groundwater management plan instituted by the state of Utah will further restrict Iron County’s ability to deliver water and over 50 years will shave two-thirds of the water rights that have been appropriated in the district, Hunter said.

Overpumping of an aquifer in Cedar Valley spurred the reductions, which is setting up this fight.

“I think this is the existential crisis for communities in the west desert because you have one community that wants to continue its behavior without any consequences and they are asking another community to bear those consequences,” said Kyle Roerink, executive director of the Great Basin Water Network, an advocacy group striving to protect water and other natural resources in the region.

The Pine Valley Water Project, which is in the early stages of review under the Bureau of Land Management and public comment, involves 66 miles of proposed pipeline and a 35 megawatt solar field on 200 acres of land to provide energy for the pumping. Overall, Iron County owns 640 acres that would support another five wells and is seeking a right of way on federal land.

“What makes this rather exciting is the renewable energy component to pump that water to Cedar Valley. It is a remote basin, in a remote valley and environmentally it just makes sense,” district manager Paul Monroe said.

But the district’s critics say the project is being pursued when it has failed to do enough in the arena of conservation, such as turf replacement programs or other water-saving measures.

Monroe countered that “turf” is not a big factor in the district’s water use, but said it is working to develop that program. He added the district has worked with farmers and ranchers to achieve a 20% reduction in water use and has installed seven recharge basins to divert water so it does not make it into a dry lake bed and instead can be used on fields and farms. It has partnered with Utah State University and Southern Utah University to develop greater efficiencies through an agricultural optimization grant.

Steve Erickson, with the Great Basin Water Resource Network, likened the project to a “water grab,” much like the yearslong battle Utah, several of those counties and border counties in Nevada fought over a proposed groundwater pumping plan in Snake Valley, which straddles both states.

“We are going to fight them tooth and nail just like we did the Las Vegas water grab,” Erickson said. “They may own the water rights from the state engineer, but it is our contention that groundwater is already being put to use.”

The network pointed out that pumping in the Pine and Wah Wah valleys will potentially impact an interconnected hydrologic basin the size of Vermont and not only affect a relatively shallow aquifer system in Utah but seep into neighboring Nevada as well and impact flows to the Great Salt Lake.

With Snake Valley, contention and court challenges over the planned groundwater pumping project by the Southern Utah Nevada Water Authority asserted what happens in one basin when it comes to water withdrawals does not stay in that basin — it has far rippling effects.

“I find it very appalling that the citizens of Cedar City and the surrounding area would try to save their valley by raping other valleys of their water,” Wintch said.

Whose water is it?

Hunter said Iron County rightfully filed on the water rights in neighboring Beaver County and negotiated a settlement with Beaver County after litigation.

“This is the best option we have to secure our water supply,” he said. “We think whatever water we take from there would barely make a dent. Beaver County is just mad about it because they didn’t think of it first.”

Groundwater is a critical player in U.S. water supplies, according to the U.S. Geological Survey, which points out about half the country’s population depends on it for drinking water. It is the source for nearly all the country’s rural areas and provides more than 50 billion gallons a day for agricultural needs.

But with those withdrawals come the risk of groundwater depletion, in which sustained pumping leads to a drawdown in the water “bank account” that cannot be sustained because more water is being taken out than what is being replenished.

While a concern in Utah and southwestern states like Arizona, groundwater depletion has been a problem in many areas throughout the United States, including the Great Lakes Watershed where Chicago has been using groundwater since 1864. The geological survey said it is the sole source of drinking water supplies for more than 8.2 million people in the watershed and the long-term pumping has dropped water levels there by as much as 900 feet.

As part of its environmental review, the Bureau of Land Management acknowledged the primary concern of the Pine Valley project is the withdrawal of groundwater, with seven monitoring wells that are part of the proposal as well as “adaptive management,” strategies that will be reviewed.

The district contends the Pine Valley pumping project is sustainable and the monitoring plan will be protective. The plan proposes to tap 15,000 acre feet of water annually from Pine Valley and take 6,500 feet from Wah Wah Valley as growth occurs.

“We have done everything right. We followed the law every step of the way. I guess they feel they are stealing their water. It is not their water. It belongs to the people of the state of Utah,” Hunter said.

Roerink says that view doesn’t do a drought challenged area a lot of good in the long term.

“Are we going to continue to be myopic and it will be too late or will we be proactive?” he asked. “What it all comes down to is Mother Nature isn’t making what it used to.” [Deseret]