This may become the worst Manatees’ die-off in history! US biologists warn from a historical deadly algae bloom killing 10 or more of manatees a day along the coast of St-Petersburg, Florida. There are approximately 4,000-5,000 manatees in Florida, and less than half of them are found in southwest Florida. The deadly algae bloom shows no sign of letting up any time soon and affects 70 miles of the southwest Florida coast, from Sarasota through the middle of Lee County as shown by the rusty color of the water. Red algae contain a toxin which is released during red tides and paralyses manatees. This toxin likely settled onto the sea grass that manatee eat. But what is the source of these red algae? A natural but always more frequent phenomena! Take care! – Fox News 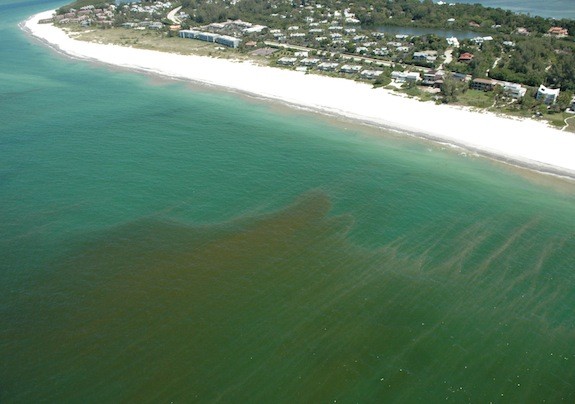 In 1996 151 manatees were killed by a toxin during a red algae bloom. On March 8 2013, the number of manatees killed in Florida was already of 149. Let say that the record is now broken. Terrible!

Remember the fish die-off that occured on March 1 2013 in Pennsylvania.