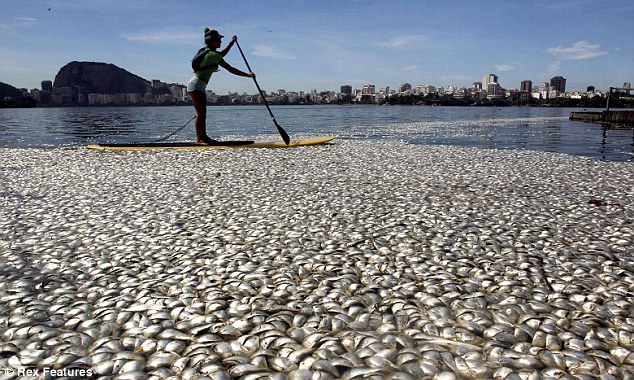 65 tonnes of DEAD FISH, among others yellowtail, catfish, tilapia and sea bass, wash up at Rio de Janeiro Olympic rowing venue after oxygen levels plummet in torrential rain on March 16 2013. Thousands of fish killed due to an oxygen level drop were found floating on the Rodrigo de Freitas lagoon, which is set to be used as the rowing venue at the 2016 Olympic Games. Rotten algae washed into the water by heavy rains caused oxygen levels to drop. The fish die-off resulted in a two-day emergency clean-up operation involving 100 municipal workers on the Rodrigo de Freitas lagoon, which is located at the heart of the city of Rio de Janeiro beneath the famous monument Christ the Redeemer. – Windsor Star 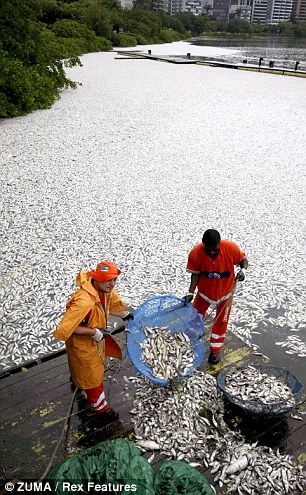 Remember the Manatee die-off along the coast of Florida last week which was also due to a redd algae bloom off the coast of St-Petersburg.