A tornado struck in northeastern Milan, Italy, on Wednesday, May 29 2013.

You don’t need a translator to understand the reactions of those who captured the amateur footage, while riding in a vehicle alongside the twister. “It’s destroying all the roofs“, “No it’s not possible… this is really crazy… I’ve never seen anything like this.” 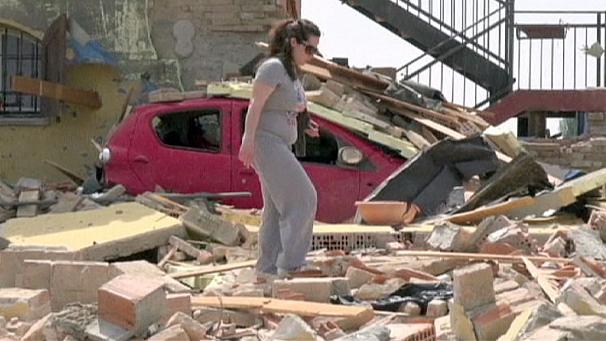 The dramatic mobile phone footage shows the funnel of the tornado tearing through an industrial area in Cavenago, around 27km from Milan on Wednesday morning. The video shot from the nearby A4 highway shows the swirling mass of air filling with debris. The tornado generated winds of up to 100km/h and caused extensive damage throughout the Brianza region. 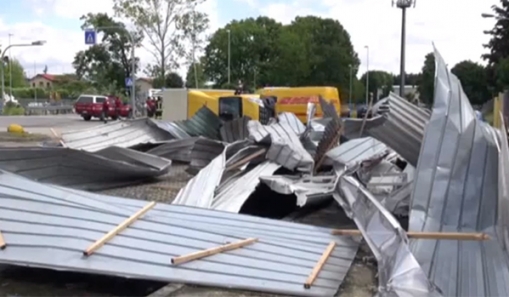 The twister left lorries overturned and buildings damaged as it was on the ground, which witnesses say was for around four minutes. A man driving a truck on the A4 was reportedly injured by flying debris and a fifty-year-old man was hit by a gate he was trying to close when the tornado struck. Large parts of Brianza are now littered with the debris from roofs, fences and trees. – NBC