An unusual light and sound phenomenon that was sighted in Finnish skies in early May has been confirmed as a fireball, in other words a very bright meteor. The light was seen on May 8th 2013 in parts of southern and central Finland.

The exact flight route of the bright fireball that flew over Southern Finland on Wednesday 8th of May has been modelled by the Ursa Astronomical Association based on meteor camera pictures of URSA Finnish Fireball Working Group.

The cause of the fireball light phenomena was a meteoroid that passed through the atmosphere. Based on the simulation, the mass of the meteoroid was about 50 kilograms, and it’s diameter was about 30 centimeters. It arrived in the atmosphere at a 43 degree angle. 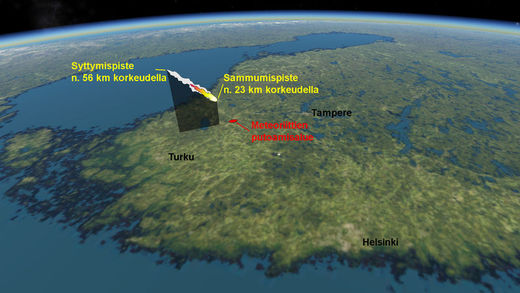 The speed of the object was about 23 kilometers per second when it arrived the atmosphere. It ignited into a glowing fireball near Mynämäki at the height of 60 kilometers, from where it travelled into north-east. After crossing Lake Pyhäjärvi, the fireball flamed out northeast of Säkylä, at an altitude of about 23 kilometers.

The meteor is believed to have fallen into a field somewhere in Huittinen, a rural municipality between Tampere and Turku. The remnant that struck the earth probably weighed about five kilos, which is unusually large. One this size usually only hits Finland about once in a decade. 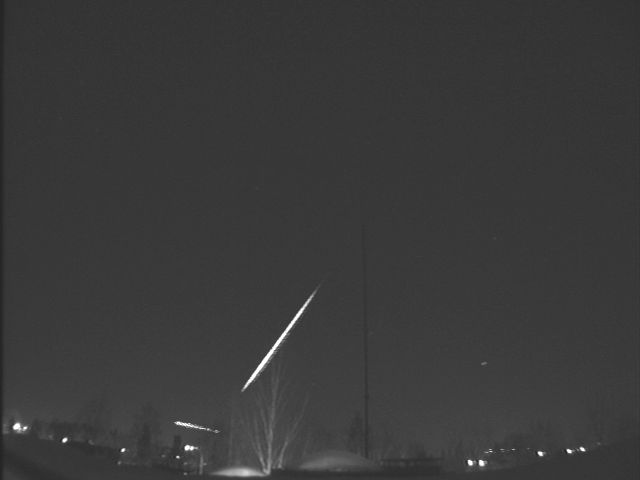 Ursa received nearly 300 observational reports of the incident, including accounts of hearing rumbles and explosive sounds.

Even though the fireball was impressive, it was still about 200 000 times smaller that the one that was seen over Russia, Tseljabinski on February 15th. The object that impacted Tseljabinski was originally 17-meter diameter asteroid, and it’s mass was about 10 million kilograms. – Yle