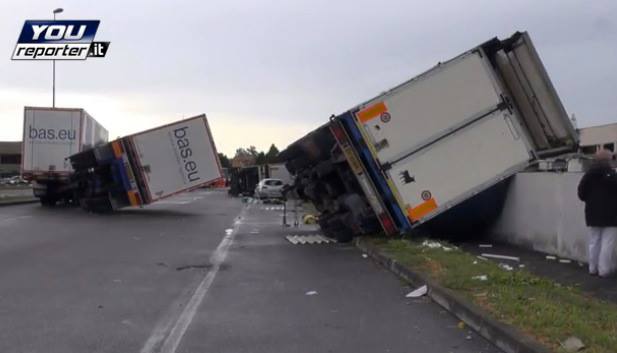 Monday 29 2013 is a day to remember in Lombardy near Milano as fresh and unstable air from the Atlantic Ocean caused a violent thermal contrast that triggered several supercell storms.

According to reports and sightings about a dozen vortex phenomena affected Lombardy, roughly between Milan, Monza and Bergamo.

Some of these were simple “funnel” (premices of tornadoes) while others, such as in cases of Trezzo and Bergamo, have even reached the stage F2 on the Fujita scale, with winds exceeding 180 km / h which created substantial damage, lift cars and even trucks.

The tornadoes that struck the area between Masate, Trezzo and Grezzago, north-east of Milan, caused much fear among the population, was immortalized in the videos showed. (Source)