There was probably too much wind in the game as a crane tipped over and crashed into an apartment block in the Russian city of Kirovon Sunday May 27 2013. Fortunately, nobody was hurt thereby. Residents of the complex think that strong winds caused the incident. What about a bad retaining structure? 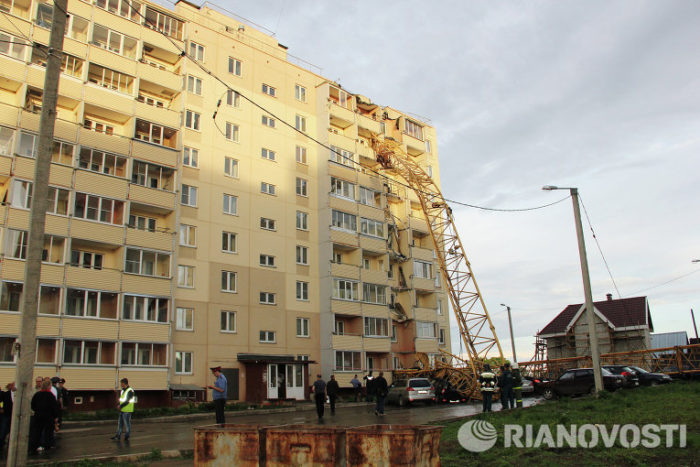 As recorded in the movie, a construction crane crashed on a residential building. During its fall, the spire of the crane slashed on the balconies of the building. Five floors of the nine-storey building and seven parked cars were damaged, but nobody was injured.

“We were in the kitchen and heard a loud sound. Then we watched outside and saw the crane falling on us and we ran out through the hallway.”

Devastating bomb cyclone to explode over the US from Louisiana to Maine bringing hurricane-strong winds, snow and whiteout conditions