This is one of the most fantastic animal behavior around the world!

In a video that has to be seen to be believed, videographer Steve Simonsen captured hundreds of thousands of hermit crabs migrating across a beach on St. John, U.S. Virgin Islands. As you will see, the area’s beautiful beaches got a little more crowded than usual when (according to the videographer) “millions and millions” of hermit crabs decided to relocate en masse. 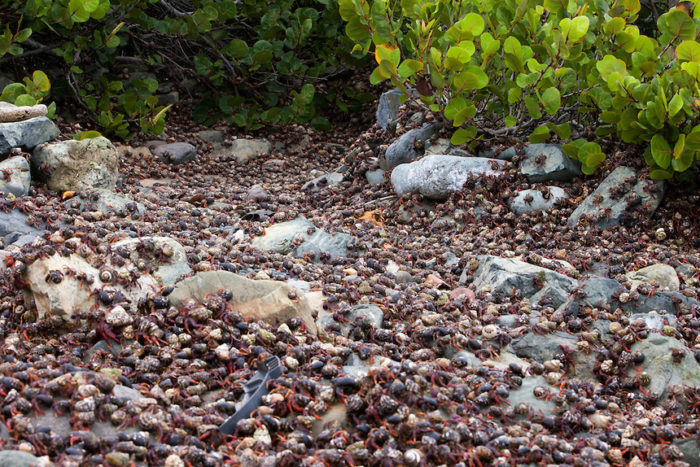 But where are the hermit crabs going, and why?

Hermit crabs – Caribbean hermit crab, soldier crab and scientifically the Coenobita clypeatus – are native to islands throughout the Caribbean region. The adults of this species live in wet inland areas, hiding between tree roots or in caves. They mostly eat iguana poop, although they can also climb up tree trunks to snack on soft wood.

Every summer, thousands of these hermit crabs migrate from the woods to the sea to release their eggs.

The hermit crabs begin creeping along the forest floor towards the shore in July or early August to meet up with others of their kind. On the way, they mate by partially removing their bodies from their shells, allowing the males to drop off their sperm packets. Then each female lays thousands of fertilized eggs and carries them around for about a month as they grow larger and deplete their yolky energy stores — and the crabs continue their trek, sometimes navigating distances over 3 miles (5 kilometers). 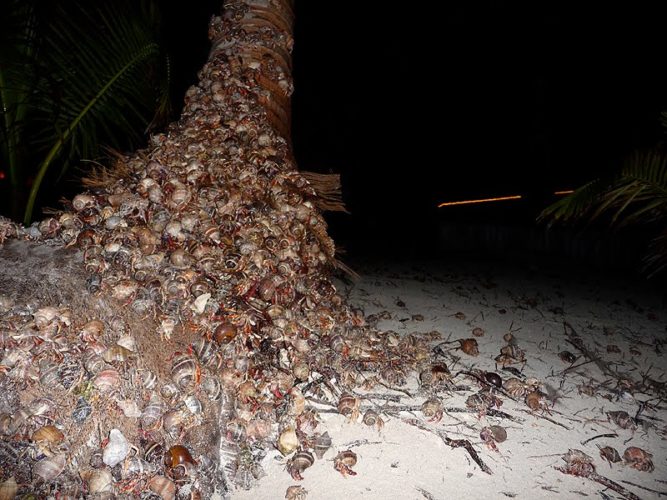 Signaled by the crescent moon at the end of August or early September, the female crabs wade into the water. Upon contact with the salt water, the eggs burst and the larvae float into the waves. Over the course of three or four days, they “wash” their eggs in the water to make sure each gets touched by seawater. And then, all together, the hermit crabs make their way across the land back to the forest – the migration filmed in the video. 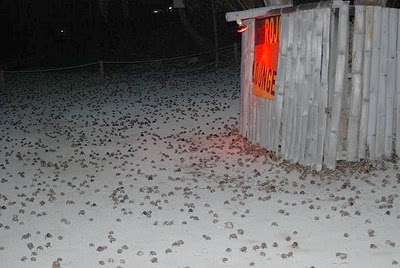 It’s not known whether the females make this journey alone or if the males join them. Hermit crab sex aside, the crabs in the video are either creeping towards the sea to release their larvae as zooplankton, or moving back home to snack on iguana poop until the following summer.