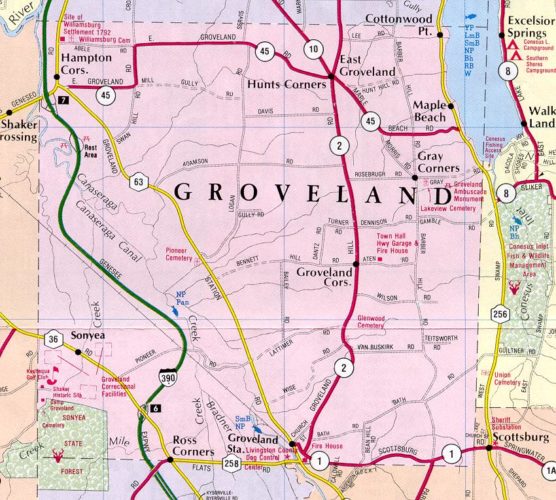 A noise described as a “single loud bang” by many who heard it shook Groveland Station last Friday, May 17, 2013 at about 10 p.m. The noise reportedly rattled windows and brought persons outside to check what was going on. There was immediate speculation that it might have been a great clap of thunder, a low flying plane breaking the sound barrier, a cannon firing or even a meteor entering the atmosphere.

The sound was heard by almost every person in Groveland Station. People as far south as Caldwell Road and as far north as Wise Road, at the southern and northern extremities of the hamlet, confirmed hearing and feeling the noise. To the west, the noise was heard by persons as far away as Route 36.

However, four days later, after a thorough search of the area where the sound was heard, and after questing many residents, the noise remains as much of a mystery as when it was first heard. All that is really known is that a very loud noise was heard by many people in and near Groveland Station.

Here some reports on this weird sound:

“It sounded like a black powder cannon or gun to me. It did not seem very far away from my home. The sound was enough to rattle the windows in my house and those of my neighbors who also came out to see what it was.”

“Fire and law enforcement first responders explored the area after the sound was heard and they were not able to come to any conclusion as to what it was. “The possibility exists for any number of explanations, but we don’t want to speculate what it could have been. Things were thoroughly checked out and no kind of environmental harm, or evidence of human injury, could be found.”

“Maybe something went wrong with a gas heater or some appliance of that nature. You really need to do a good visual inspection of the entire area to see if something shows up that might have been missed that night.”