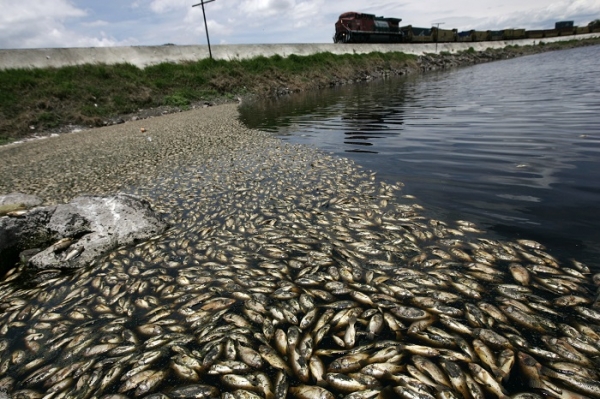 Tens of thousands of dead fish were found washed up on the shores of the Hurtado reservoir in the state of Jalisco in western Mexico. Accused of causing the contamination that killed the fish (mostly carp and bream) is an unnamed cattle food plant, which was reportedly operating without a permit.

The video shows men using garden rakes to collect the fish on shore and mountains of the dead fish being dumped into a truck by a front loader.

The fish were asphyxiated due to hundreds of liters of molasses (byproduct of refining sugarcane and beets for cattle to eat) allegedly poured into a canal that feeds into the Hurtado reservoir, which is estimated to have killed at least 500 metric tons of fish.

This is a human tragedy and puts the livelihood of an entire community at risk since nearly 200 families are said to feed themselves by fishing in the reservoir.