How did the supercontinent Gondwana broke up 165 million years ago? What were the position of the Australian, Antarctic and Indian tectonic plates at this time? How did these plates move apart after Gondwana? 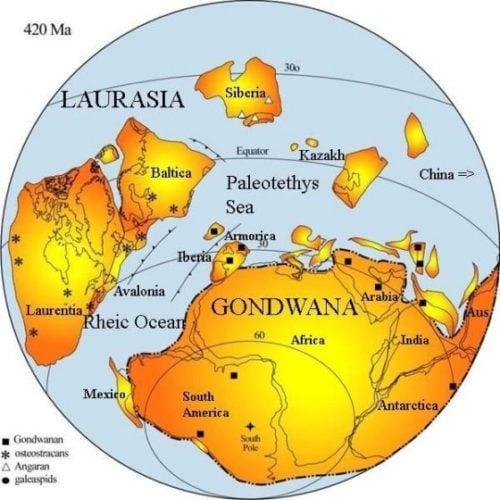 Researchers from Royal Holloway, The Australian National University and Geoscience Australia, have helped clear up previous uncertainties on how the plates evolved and where they should be positioned when drawing up a picture of the past. Their results are published in Gondwana Research.

This video shows a reconstruction of the breakup of the Australian, Antarctic and Indian tectonic plates, demonstrating how the major plates that once formed eastern Gondwana broke apart, starting from 165 millions years ago and progressing to the present day.
The coloured polygons represent different geological units that have been mapped (and inferred) by geologists over many years. These geological units formed before the continents broke apart, so we can use their position to put the “jigsaw pieces” back together again. Many other reconstructions do not use the geological boundaries to match the continental “jigsaw pieces” back together – so they don’t align properly. Credits: http://www.rhul.ac.uk