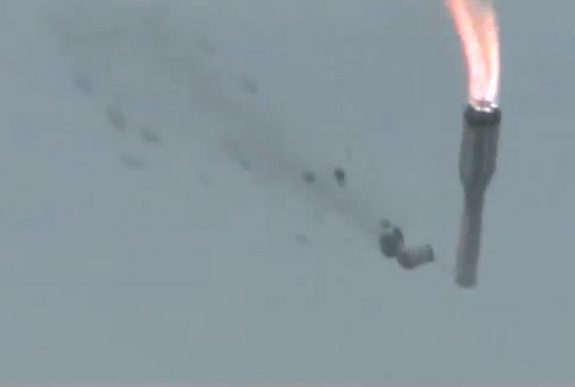 The Spectacular footage showed the rocket veering off its trajectory just seconds after its launch at 0638 am (0238 GMT), before erupting into a ball of flames and releasing about 600 tons of toxic rocket fuel into the air. Numerous buildings have been evacuated due to the release of these toxic fuels.

The Russian space agency Roskosmos said the accident caused no damage or casualties and was most probably caused by some errors in the propulsion system of the rocket. 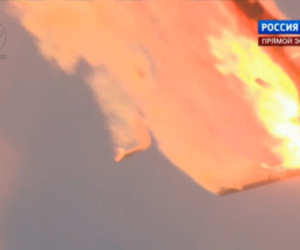 It was the third mishap for the Russian space program this year. Already in 2010 Russia lost three Glonass satellites at once. The failed launch was broadcast live on state television. What a shame!

Space cataclysm! Largest asteroid ever to hit Earth was twice as big as the one that killed off the dinosaurs

‘It felt like a movie plot, but this was not Hollywood.’ NASA says DART mission succeeded in altering asteroid’s trajectory